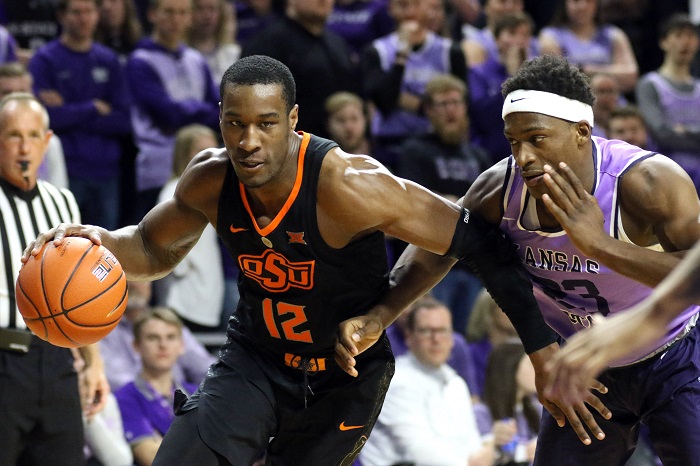 Leading up to the opening of the 2019-20 Big 12 Men’s basketball season Heartland College Sports will analyze each of the Big 12 men’s basketball teams. Today it’s the Oklahoma State Cowboys.

Transfers eligible for 2019-20 season: G/F Jonathan Laurent, 6-foot-6 (UMass). Last year as a redshirt junior he averaged 9.5 points and 5.0 rebounds per game. Just as critically he led the Atlantic-10 Conference in 3-point shooting at 46.7 percent for the season. Laurent is a graduate transfer, which means he’s eligible immediately.

Looking ahead to 2019-20: The Cowboys should be on the upswing this season. They’re the rare team that can boast that they return their entire starting lineup from last season. In addition to the leadership of McGriff, Waters and Dziagwa, Likekele and Anei have significant ceilings for improvement. Next, the recruiting class is the best Boynton has produced in his short time in Stillwater, one that boasts help in both the backcourt and the frontcourt, some of which can make an impact now. Luring Laurent to Stillwater gives the Cowboys an instant piece of offense off the bench and depth in case a player like McGriff or Waters gets hurt. If last season was about hardship and adversity (remember the Cowboys had to have tryouts in January after kicking three players off the team), then this season is shaping up to be one with significantly more hope and optimism for the folks in Stillwater. Boynton is the one Big 12 coach who is still trying to put his stamp on his program. This season may get him one step closer. Boynton talked glowingly about his three senior leaders and the journey they’ve traveled with three head coaches during their time at OSU. Waters talked at Big 12 Media Days about the stability and consistency Boynton has brought to the program. In Year 3, Cowboys fans are looking for that to start to pay off.

Media Day quote: “The first-ever back-to-back national championship basketball program is Oklahoma State University. I’m not lost on that. We can achieve at that level again, but we can’t take shortcuts in doing it. We have to continue to keep the standards high, keep people accountable when necessary, and keep bringing guys in who understands what it takes to get us back there..” — Oklahoma State head coach Mike Boynton Jr.