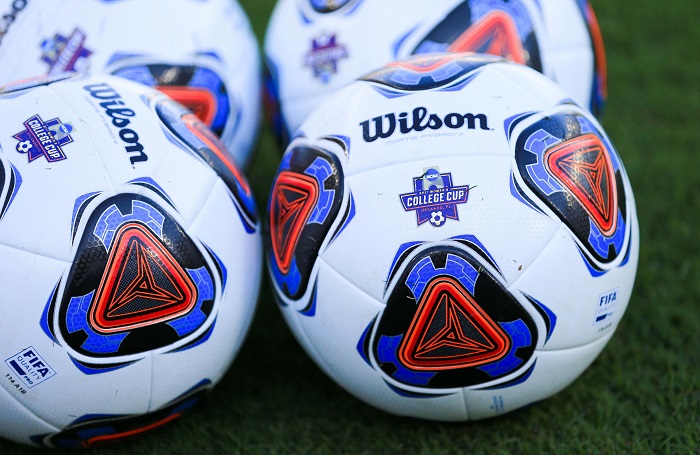 Of the 10 schools who sponsor women’s soccer in the Big 12, six of them continue their seasons Friday. It’s a sport the Big 12 Conference has struggled to produce significant results in. Since the NCAA started sponsoring the sport in 1982, a Big 12 team has yet to make the NCAA College Cup. This may prove to be the reason why, outside of West Virginia, the Big 12 has yet to see a school sponsor men’s soccer.

North Carolina has dominated the sport appearing in 28 of the 31 College Cups and winning 21 National Championships. The next best program is Notre Dame, who has appeared in 12 College Cups and won three of them. During the inaugural season of the Big 12 Conference, only Nebraska and Texas A&M qualified for what was then the field of 32. Nebraska made it to the quarterfinals that year.

This year’s College Cup will be played at Avaya Stadium in San Jose, California. Florida State is the defending National Champion and has gained the privilege to defend its trophy as a No.1 seed in this year’s field of 64.

Let’s take a look at the first round of the tournament featuring Big 12 teams.

Let’s face it. If the NCAA can pair these two teams up against each other, it will. These two avoided each other during the regular season. A&M holds a much better record than the Longhorns, thus the Aggies get home field advantage. The only other time these two teams met in College Station during the tournament, Texas won. That was a second round matchup in 2007. Cyera Hintzen is looking to keep her senior season alive. She’s looking to set two school all-time records held by Kelsey Carpenter: most goals and most points. Junior midfielder Hayley Berg is another to watch for Texas as she is second in the Big 12 for assists. In the last 16 matches, Berg has produced eight goals and seven assists.

Despite scoring a national seed, the Red Raiders are taking this one seriously. The Waves have a victory and a draw over two Top 5 teams this season. Neither were true road games, but credit Pepperdine for beating one of the four top seeds in this tournament: Stanford. They also produced a draw with a UCLA team who secured a second seed. However, Tech has played all of its first round games in history at the John Walker Soccer Complex. The Red Raiders are 5-0 in those games. History says Tech should win this game. Junior forward Kirsten Davis placed her name next to the best player in program history, Manchester City forward Janine Beckie, by becoming the second player to take over 100 shots in a season. Davis is the Big 12 Offensive Player of the Year. Goalkeeper Madison White earned Freshman of the Year. White was quoted in a report that she was supposed to redshirt this season, but an injury to Marissa Zucchetto forced the freshman into the fire. Zucchetto had been a three-year starter and a member of Canada’s U-15 and U-17 teams.

The Cowgirls have a vengeance this season. For the first time in the Colin Carmichael era, Oklahoma State missed the NCAA Tournament last season. It wasn’t for a lack of talent. Oklahoma State was a top 15 team when an injury plague occurred. This has been used as motivation to win the Big 12 Regular Season Championship this year. The Cowgirls pride themselves on defense. Junior defender Kim Rodriguez was No.90 on TopDrawerSoccer.com’s Top 100 Players in College Soccer. Goalkeeper Dani Greenlea is currently seventh in Oklahoma State history on the all-time saves list as a junior.

An old Big East rivalry returns to the pitch Saturday. This doesn’t bode well for West Virginia as Georgetown already has a 3-0 victory over the Mountaineers this season. West Virginia does lead the all-time series by a heavy margin of 15-6-2. The Mountaineer defense struggled against ranked opponents in pre-conference play. They will need senior goalkeeper Rylee Foster to be much improved now that the it’s all or nothing in the postseason. The Mountaineers scoring attack is lead by sophomore forward Alina Stahl, who has five goals this season. Seven freshman have accounted for 69 starts this season. It’s a young squad.

Kansas is riding high right now. They are undefeated in their last nine matches and won their first Big 12 Tournament Championship. The Jayhawks don’t have much tournament success, being 6-8 all-time in the NCAA Tournament. What they do have is senior Katie McClure, who ranks second in the Big 12 with 14 goals this season. At one point this season, Kansas held opponents scoreless for 323 consecutive minutes. All of those minutes came in conference competition, including a draw against Texas Tech. This draw cost the Red Raiders two points, which would have provided them a share of the Big 12 Regular Season Championship, and the head-to-head tiebreaker for the No.1 overall seed with their victory over Oklahoma State. Look out for senior defender Addisyn Merrick. That scoreless streak can be contributed to her as she is the Big 12 Defensive Player of the Year.

TCU is a program that is slowly building its way up. This their fourth consecutive appearance in the NCAA Tournament and fourth appearance overall. The Horned Frogs only have one victory in the tournament. This is their second trip to Tucson for a first round match. In 2017, Arizona eliminated TCU 2-1. Watch for sophomore forward Messiah Bright. She has produced the second most points in a season by a TCU player in program history. Junior goalkeeper Emily Alvarado is the Big 12 leader in saves with 82.