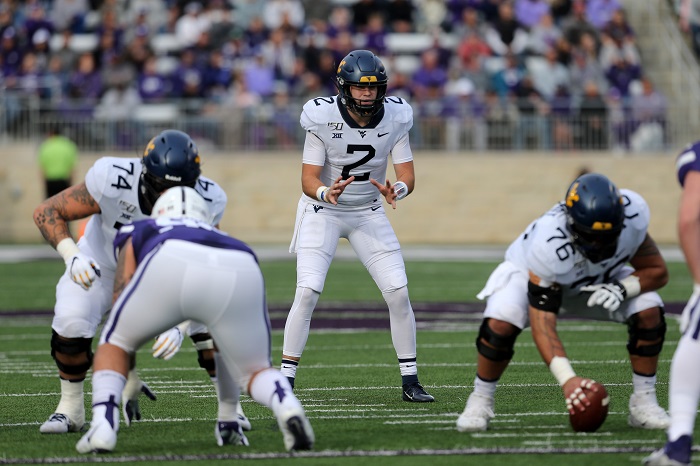 The Mountaineers made a change at quarterback and it gave them a change in the end result as well.

Neal Brown made the switch from Austin Kendall at quarterback to Bowling Green transfer Jarret Doege and their new signal caller went 20 of 30 for 234 yards, three touchdowns and zero interceptions in a 24-20 upset of the Kansas State Wildcats in Manhattan.

The Mountaineers entered the game as a two-touchdown underdog and pulled it off in large part thanks to Doege and a defense that continues to give opponents fits.

After trailing 7-0, the Mountaineers got on the board with a 19-yard touchdown from Doege to George Campbell to tie things up at seven in the first quarter.

K-State would knock through a field goal on its next drive, but the Mountaineers then came down the field, going 12 plays and 63 yards in under five minutes and Doege found Campbell, again, this time from 15 yards out for a 14-10 lead.

Despite the youth on this WVU team, they had their backs to the wall, on the road, against a Top 25 team in the second half and still was about to mount a comeback and pull off the win. K-State scored 10 unanswered points, a field goal late in the first half and a touchdown to start the second half to take a 20-14 lead in the third quarter.

On the next drive, Kansas State got the ball down to the K-State 36-yard line and went for it on 4th and 12, resulting in a turnover on downs. Then, after three combined punts, the Wildcats had the ball starting at their own 8-yard line, drove it down to the WVU 30-yard line. But on a 2nd and 8, Thompson had his pass intercepted down near the goal line by Hakeem Bailey, sealing the 24-20 victory for the Mountaineers.

Skylar Thompson didn’t have one of his better games of the season, finishing 24/39 for 299 yards, with one touchdown to two interceptions. He was also bottled up in the running game with just 19 yards on 14 carries.

Defensively, the West Virginia front seven continued its strong play with nine tackles for loss in this game and a pair of sacks.

The win snaps a five-game losing streak for West Virginia as they get ready to host No. 22 Oklahoma State next week. WVU is now 4-6 overall and 2-5 in Big 12 play. Meantime, K-State lost its second-straight game and is now 6-4 overall and 3-4 in conference play. The Wildcats are at Texas Tech next week.