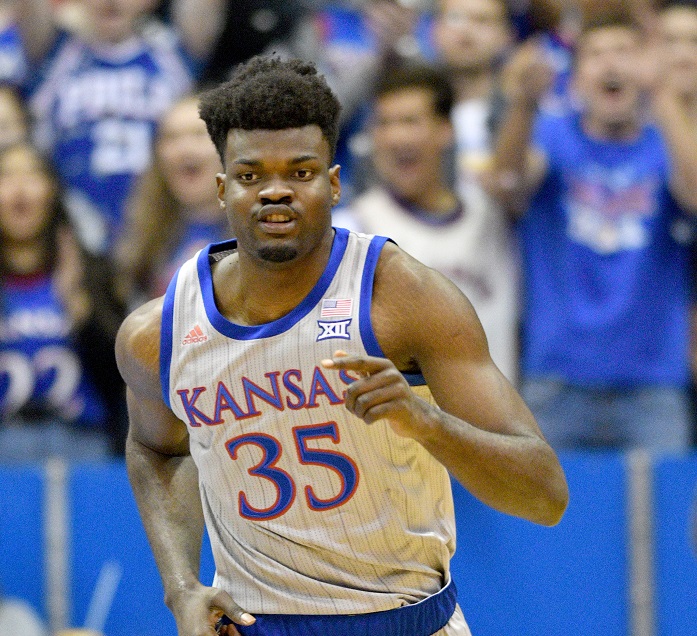 One of the burning questions I had coming into the season was how West Virginia would get its two big men — Derek Culver and Oscar Tshiebwe — to co-exist.

Both play in the frontcourt. Culver is 6-foot-10, Tshiebwe is 6-foot-9. Their paths will logically cross because, after two games, both are starters and that doesn’t appear to be changing anytime soon. Now, two games is a small sample size. But I though how the script flipped against Pitt was interesting.

What does this mean? Well, it’s hard to say at this point. We only have two games to go by. Mountaineers head coach Bob Huggins likely wanted to start Tshiebwe slowly, which would be logical for a freshman in college. The Pitt game saw both Tshiebwe and Culver get into foul trouble early, and that likely curtailed Culver’s evening.

But this is a nice problem to have, and if any coach can figure out how to deploy both of these players effectively it’s Huggins. Frankly, the opportunity to figure this out is exactly what non-conference basketball is for.

When I talked to Culver in October at Big 12 Media Day he talked about how he spent his summer working on his back-to-the-basket and low post game. As a freshman last year Culver, at times, relied upon his athleticism too much. He agreed with that statement, saying that he knew he had to improve his feel for the game down low to take the next step this season.

Tshiebwe is that super-athletic freshman now. Culver is the slightly more experienced sophomore who still retains that springy athleticism of a year ago. This bodes well for West Virginia. They can play two low posts, if they wish. But I envision West Virginia playing more high-low in the block and allowing the pair to rotate up and down. Culver is a better passer than I think he got credit for last year. Tshiebwe seems to have a slightly better mid-range game. I think the use of a high-low game, especially once the Mountaineers get to Big 12 play, is a good bet for success.

In the meantime, Emmitt Matthews Jr. has emerged as this team’s ballast early. I pegged the sophomore as one of my Top 25 returning players entering the season and he hasn’t disappointed, with averages of 15 points and 7.5 rebounds in his first two games. Now, again, its super early, but that’s nearly 10 points above his scoring average last year.

The Mountaineers had a lot of hype within the Big 12 coming into this season. Early returns say they’re not going to disappoint.

Chris Clarke was one of the most ballyhooed players on the transfer market going into this season. Considered one of the best players in the ACC while at Virginia Tech, he transferred to Texas Tech for his final season. Clarke also had a place on several preseason award watch lists. To the naked eye the start to his season might seem, well, pedestrian.

Clarke is averaging just 2.7 points per game in three contests this season. That’s the lowest average for any Red Raider who has scored a point this season. Clarke isn’t starting, either. Head coach Chris Beard has, at least for now, found a solid starting rotation in Davide Moretti, Kyler Edwards, Jahmi’us Ramsey, Terrance Shannon Jr., and another transfer, T.J. Holyfield, formerly of Stephen F. Austin.

This is why it’s always important to look beyond the “points” in a box score. While Clarke isn’t scoring much at the moment, he’s doing other important things in the 20 minutes per game, on average, that he’s on the floor. For instance, Clarke is tied with Ramsey for the team lead with 6.3 rebounds per game. No Red Raider has more total assists (22) through three games than Clarke.

The Red Raiders’ easy win over Houston Baptist was indicative of this. While Ramsey was filling up the hoop with 25 points, Clarke was dishing out nine assists and grabbing eight rebounds. Yes, Clarke was that close to a double-double while only scoring 4 points.

Something tells me that Clarke will, eventually, find his way into the starting lineup. The season is long and his experience will be useful to the Red Raiders. For now, though, Clarke is proving his value extends beyond what the points on the stat sheet.

There were plenty of good ones, but I’ll take Oklahoma forward Kristian Doolittle’s 19-point, 16-rebound outing against Oregon State. This came just a few days after Iowa State lost to Oregon State. When I talked with Lon Kruger at Big 12 Media Day he said the big thing for Doolittle was just to build on the season he had a year ago, which was frankly the statistical and dominant season the Sooners had been waiting for since Doolittle arrive three seasons ago. After missing the first game of the season due to a one-game suspension for an NCAA violation (he played in a summer league game that the NCAA apparently wasn’t notified about) he’s put up back-to-back double-doubles. It’s safe to say that, at least early, Doolittle is where the Sooners want him to be.

STAT LINE FROM THE UPSIDE DOWN

Isaiah Moss transferred to Kansas from Iowa during the offseason and at Big 12 Media Day Jayhawks head coach Bill Self said that Moss was already the team’s best pure shooter. That’s a pretty bold statement. Well, Moss backed it up against Monmouth (NJ) on Friday. In just 15 minutes Moss filled the stat sheet with 21 points — all on 3-pointers — in the 112-57 win. Moss went 5-of-6 from distance and 6-of-6 from the free throw line. He missed one shot in 11 attempts.

The early signing window for college basketball ends Oct. 18. After that, recruits will have to wait until the traditional signing window in April. Right now, it looks like the Big 12 cleaned up and I’ll take a deeper look this week. But on Tuesday around 12:30 p.m. I gave the rankings at 247Sports.com a look and six Big 12 teams were in the Top 25. As of Nov. 17 at noon CST:

Among those recruits are three five-star players and six four-star players. But Kansas only snagged one of them, which underscores the balance we’re seeing in this conference right now when it comes to recruiting. Texas Tech and Oklahoma State both took home five-star players. Baylor and Kansas State grabbed three four-stars each. It’s a tremendous haul for the league overall.

One note — Yes, Texas is not listed here. They don’t have a commitment or a signee yet, but don’t be alarmed. The Longhorns have a stacked roster so they don’t have many scholarships to offer. In fact, 247Sports.com reports that the Longhorns have 16 players on scholarship right now. Cody Daniel at Burnt Orange Nation reported in May that Texas is in full pursuit of a local forward, Greg Brown Jr., who is considered the No. 8 recruit in the country per 247. Brown has more than 15 offers, including from the Longhorns, who first offered Brown in the eighth grade.

GAME OF THE WEEK: It’s a lean week as we start to get closer to Thanksgiving and the holiday tournaments. But the Texas-Georgetown game up in D.C. on Nov. 21 has potential. The Hoyas started the season 2-1 and they’ll represent Texas’ biggest test since the road win over Purdue. This is NOT Texas’ Big East Challenge game. That comes in December against Providence.  Note — Texas could play Duke this week but we won’t know for sure until the result of the Georgetown game and Duke’s game against Cal.

SNEAKY GOOD GAME OF THE WEEK: Also on Nov. 21 TCU hosts UC Irvine. UCI started the season 3-1 and the Horned Frogs, while off to a 2-0 start are still working through their young, relatively untested, roster.

POWER RANKINGS: Will be out on Tuesday, Oct. 19, along with a recruiting roundup for the entire Big 12.