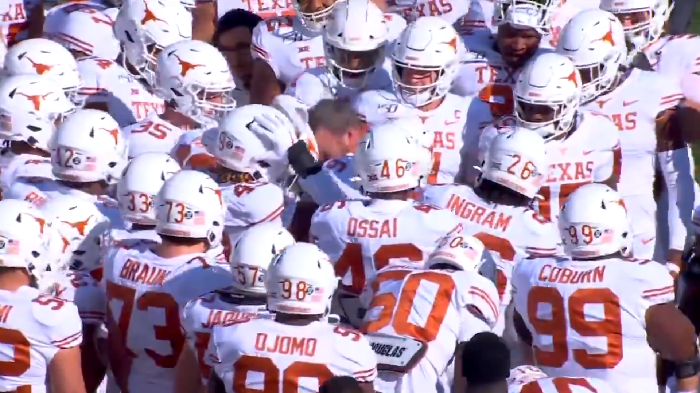 It’s been a disappointing season for the Texas Longhorns. A preseason Top 10 ranking has turned into an unranked team a week before Thanksgiving.

The Longhorns entered Waco at 6-4 and looking to bounce back from a loss last week in Ames against Iowa State.

So what does Tom Herman do to try and get his team juiced up to play Baylor? Before the game he was headbutting one of his players who had a helmet on with his bare head.

Is Tom Herman just getting a little taste of what Texas fans have felt like this season? I can’t confirm that either way, but it’s entirely possible.

Regardless, the fact that Herman feels he needs to even do this before his team plays on the road against a Top 15 opponent is a bit concerning, especially considering his team is coming off a tough loss. You’d think the team would be jacked up no matter what, right?

It seems like just another strange moment in what has turned into a strange and disappointing season in Austin.