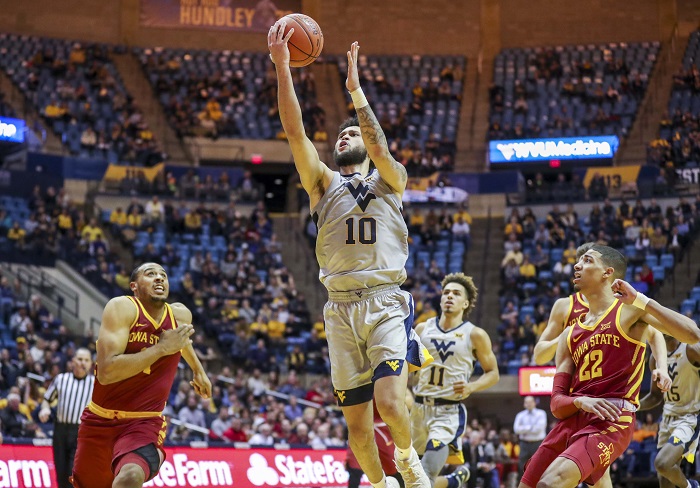 Last week I wrote a round-up of all of the Big 12 men’s basketball signings last week. Now that the signing window is over you can read that story here.

What is most interesting is what happens next. Programs, especially in the Power 5, tend to load up on players during the early period. Most players, by that point, are ready to sign and get the process complete before their season begins. There’s value to not having to focus on that while you’re playing your senior season.

But that doesn’t mean the recruiting season is over. A few Big 12 teams have scholarships to play with, plus you have the inevitable transfers that will occur after the season (or during the season; ask TCU about how that can damage a program mid-season).

I spent a bit scanning the 247Sports.com site to see what still going on out there, and there’s plenty. In fact, there’s a signing that I missed.

After my story published Oklahoma State announced it had signed Arlington (Texas) Martin forward Montreal Pena, who at 6-foot-9 would give them another big body on the wing next season. Pena signed on Nov. 20. The signing vaulted Oklahoma State into the Top 10 in recruiting classes at 247Sports.com. That means head coach Mike Boynton Jr. has put together a second straight Top 25 recruiting class. Plus, the Cowboys stole him out of TCU’s backyard.

For schools that still have scholarships to give, there are players to pursue. Norcross (GA) forward JT Thor is a good example. Thor did not sign during the early period and as a Top 50 national recruit he will draw plenty of eyeballs. Oklahoma State and Kansas both have offers on the table.

Texas will be sure to keep Greg Brown warm this winter. Brown, a 6-foot-9 forward from Vandergrift High School in Austin, Texas, is considered the nation’s No. 8 recruit right now. Texas has had an offer for him since he was 15. His family members have gone to Texas. He’s considered a lock to sign with the Longhorns when the time comes. But it’s a long way to April. Top players like Brown tend to keep their recruitment open longer because they know they have more options.

And, while Bryant (Ark.) forward KK Robinson is, to 247Sports.com, a lock to go to Arkansas, well, Kansas and TCU are still among his top five choices. The Jayhawks still have room in their 2020 class if they can lure the Top 100 recruit to Lawrence.

There is still plenty of work to be done. But as I wrote last week, it was a banner early signing period for the Big 12.

West Virginia’s hope that the NCAA would grant Gabe Osabuohien a waiver to play immediately was granted last week.

Osabuohien, who hails from Toronto, Ontario, transferred from Arkansas in August and waited nearly three months for the NCAA to grant him the waiver to play immediately. West Virginia head coach was excited about the prospect of plugging Osabuohein into the lineup.

“Our guys were ecstatic when we got word of his immediate eligibility during practice today,” Huggins said in a release from WVUSports.com. “He gives us another much-needed big man who can defend on the perimeter as well as play on the offensive end. We are pleased that the NCAA approved his waiver.”

Osabuohien played 54 games for Arkansas and during his last campaign with the Razorbacks he finished with 106 points, 108 rebounds, 46 assists, 31 steals and 16 blocks.

Now the task is to find him playing time. Osabuohien played 14 minutes in the Mountaineers’ win over Boston University on Friday, as he grabbed two rebounds and had a steal while attempting just one shot.

The Texas Tech Red Raiders had hoped for a similar transfer waiver for Joel Ntambwe, a sophomore forward from the Congo who transferred to Lubbock from UNLV (where, oddly, head coach Chris Beard was hired as head coach briefly before he returned to Lubbock). Ntambwe averaged 11.8 points and 5.5 rebounds during his freshman season at UNLV, a season in which he started 31 games. Not that the Red Raiders are hurting for talent, obviously, but Beard and his staff were hoping to add Ntambwe to their frontcourt depth this season. Now Ntambwe will have to sit out a season.

The Red Raiders are 4-0 entering this week.

When I was an undergrad at Stephen F. Austin in Nacogdoches, Texas, I remember being excited when the Texas Tech women paid us a visit. It was back when they were contending for national championships and won one with Sheryl Swoopes. So, naturally, that team’s head coach, Marsha Sharp, is beloved in Lubbock. So, if you’re Red Raiders men’s coach Chris Beard and you’re trying to get your team over the hump that is a national championship, then you listen to a coach that has been there and done that, right?

Iowa State Headed to the Bahamas

Yeah, it’s a rough gig playing college basketball sometimes. You have to go these places like … The Bahamas. Yuck.

Iowa State heads for the Battle 4 Atlantis in the Bahamas this week, one of the premier tournaments in November and December. It’s going to be a significant test for the Cyclones, who are one of four Big 12 teams with a loss to this point. But that doesn’t mean they’re not playing good basketball. They’ll carry these exceptional metrics into the tournament.

Stat Line from the Upside Down

Kansas guard Tristan Enaruna had a night against East Tennessee State that only an alliterative numerologist could love (and I don’t that’s actually a thing but, oh well). He had 4 points, 4 rebounds, 4 steals and 4 assists in the 75-63 win. In something that is only disappointing to numerologists, he only had two fouls.

Performance of the Week

Amid all the great things coming out of West Virginia, we shouldn’t overlook how Jermaine Haley has started the season. Haley is one of the most experienced Mountaineers and he had a quality week. Against Northern Colorado Haley had a double-double — 18 points and 12 rebounds in 36 minutes (all were team highs). Then, against Boston University, Haley played just 20 minutes, but he scored 13 points, along with grabbing 3 rebounds and dishing out 2 assists as the Mountaineers improved to 4-0. Players like Derek Culver, Oscar Tshiebwe and Emmitt Matthews Jr. are going to get a lot of attention and rightfully so, but it’s Haley that may be the glue that holds this team together.

GAME OF THE WEEK: Iowa State vs. Michigan at the Battle 4 Atlantis on Thanksgiving Eve in the Bahamas. It’s a stern test for the Cyclones against a Wolverines team now coached by Juwan Howard.

SNEAKY GOOD GAME OF THE WEEK: Rhode Island at West Virginia on Sunday. URI is off to a sharp start (4-1 entering this week) and they’ll catch the Mountaineers after a trip to Riviera Maya and Thanksgiving. Feels like a trap game for the Mountaineers.

POWER RANKINGS: Will be out on Tuesday, Dec. 3.

Iowa State Avoids Disaster with 41-31 Win over Kansas on Senior Day
TCU vs. West Virginia: Preview and Prediction
To Top