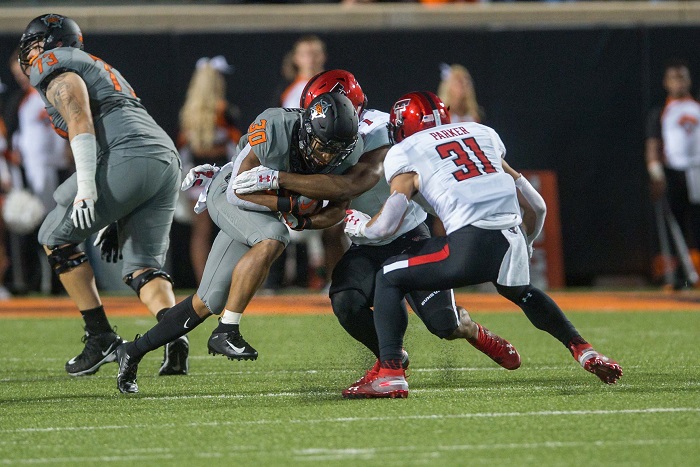 It’s time to roll out the Heartland College Sports 2019 All-Big 12 football team. Sure, the conference already released its All-Big 12 team, but obviously ours has an HCS twist to it with voters including Pete Mundo, Matthew Postins, Derek Duke, Cameron Brock and Dave Beall.

While there certainly was plenty of overlap between our team and the conference’s All-Big 12 selections, there were some differences. We had Kennedy Brooks as a first-team RB over Pooka Williams. While Williams had more YPG, Brooks’ 6.7 YPG was the highest in the conference.

On the offensive line we had Texas’ Samuel Comsi and Oklahoma State’s Tevin Jenkins over Kansas’ Hakeem Adeniji and Texas’ Zach Shackelford.

Defensively, we didn’t have Ross Blacklock on our defensive line, but we only had four selections and the conference must’ve had a tie with five. We had four linebackers due to a tie, so we had Baylor’s Terrel Bernard on the list. At defensive back, the conference had five, likely due to ties, while we had four, leaving Texas Tech’s Douglas Coleman off the list.

What did we get right? Wrong? Let us know in the comments!