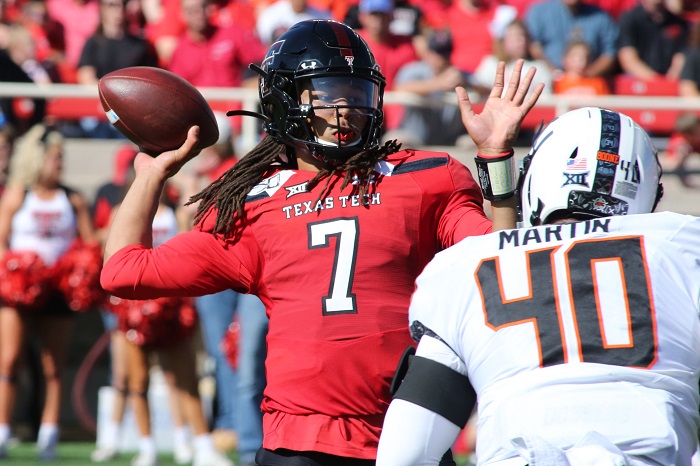 Duffey will be eligible to play right away for whichever team he chooses to transfer to. Duffey replaced Alan Bowman after the starter went down with a season-ending shoulder injury suffered against Arizona.

Texas Tech finished 4-8 on the season and 2-7 in Big 12 play, but it was mostly the defense that was the bigger issue for the Red Raiders this season.

That leaves Tech with Bowman at quarterback heading into next year, which is fine, however he’s been injured every season he’s played in Lubbock. Other quarterbacks on the roster include Maverick McIvor and Logan Greene.

The NCAA transfer portal was enacted on Oct. 15, 2018, providing athletes a path to explore their options. Players do not need to ask permission from their coaching staff in order to transfer. They just need to request that compliance enter their name. It normally takes 1-2 days for a player to appear following their request.

Schools are free to contact a player without restriction once their name appears in the portal.

Despite Coaching Changes, Tom Herman Not Concerned About Recruiting Trail
Texas Tech OL Jack Anderson to Return for His Senior Season
To Top