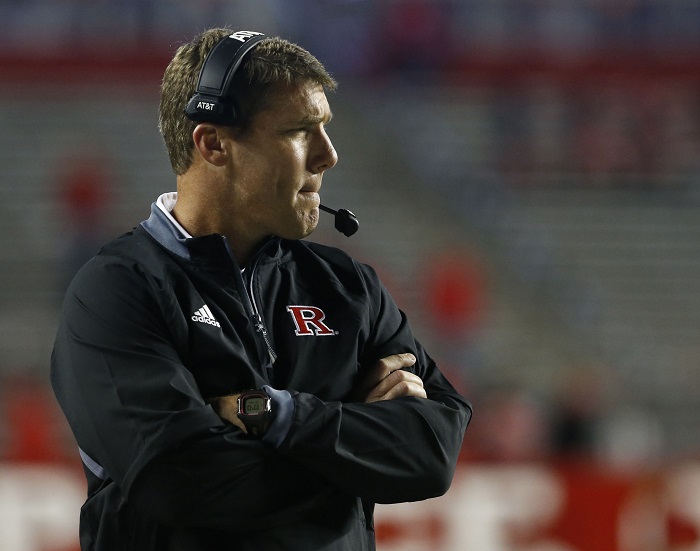 After the Texas Longhorns fired Todd Orlando following a disappointing season for the defense, Tom Herman has decided to hire former Rutgers head coach Chris Ash to be the team’s new defensive coordinator, according to Horns247.

Ash ran the Ohio State defense when Tom Herman was the offensive coordinator during their run to a National Championship in 2014. The two also worked together at Iowa State in 2009 under former Cyclones head coach Paul Rhodes. However, according to the report, an official announcement is not expected until after the early signing period of December 18 to 20.

Todd Orlando had Texas ranked as one of the best defenses in the Big 12 his first two seasons in Austin, but after the team stumbled to a 7-5 season, in large part due to a defense that struggled with injuries, Orlando was let go. The unit ranked 74th in the nation in points allowed per game, 127th in passing yards allowed and 108th in total defense.

Ash took over at Rutgers in 2016 and the program struggled tremendously in the Big Ten Conference. Ash went 8-33 in his three-plus seasons in New Jersey. He is still owed $8.5 million from Rutgers, but some of that will be offset by his salary with the Longhorns.

Herman is still on the hunt for a new offensive coordinator after the demotion of Tim Beck, while also searching for a new receivers coach following the firing of Drew Mehringer.

Herman said last week that despite the coaching staff overhaul, he is not concerned about losing any of his key recruits for a class that is currently ranked in the Top 10 in the country.