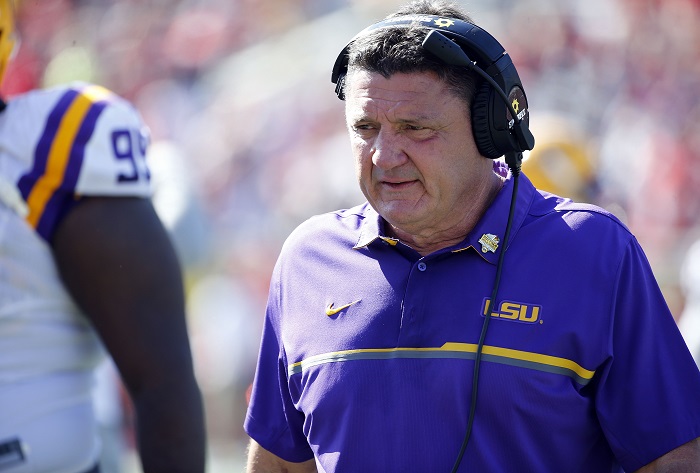 The Sooners are set to take on LSU in the College Football Playoff semifinal without a few key players, but LSU coach Ed Orgeron said Monday that the suspensions were not going to affect his game plan or what he expects to see from a very good Oklahoma team.

Orgeron said, “I’m sure Coach (Lincoln) Riley has the same saying. We have the ‘next man up’ theory. We play 11 men on the field, we fight like Tigers and we don’t blink. This is a top program and they do a great job recruiting. I’m sure the next guy is champing at the bit and they may have their best game.”

That’s exactly what Oklahoma head coach Lincoln Riley is hoping when he confirmed the players would miss the game this week.

The Sooners are expected to be without defensive end Ronnie Perkins, running back Rhamondre Stevenson and receiver Trejan Bridges, who were all suspended, and safety Delarrin Turner-Yell is out with a broken collarbone.