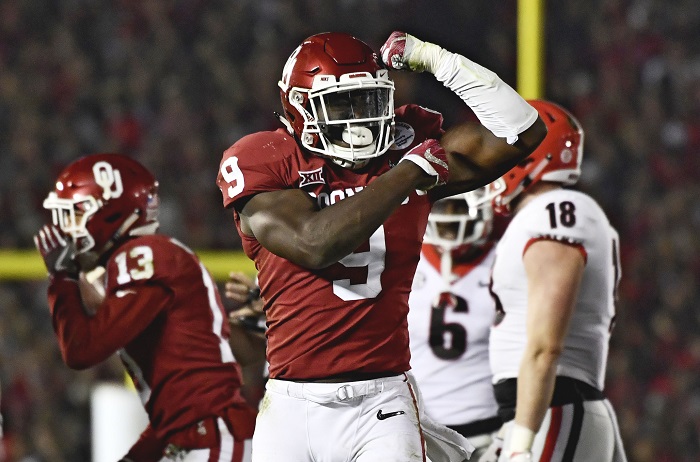 Oklahoma linebacker Kenneth Murray will skip his senior season with the Sooners and enter the 2020 NFL Draft.

Murray made the announcement in a video posted to Twitter on Thursday, where he started off by saying, “First and foremost, I just want to thank God for all he has blessed me with. I wouldn’t be in this position without him. All glory goes to God. The experience that I’ve had in Norman has been more than I could imagine and will give me memories for the rest of my life.

To Sooner nation, there truly is no fanbase like you. You gave me memories that will last a lifetime and made my experience playing in the palace phenomenal from the first time I started a college football game as a freshman. You guys have a special place in my heart, and I will always miss playing in the palace on Saturdays … to the entire football staff, you’re truly the greatest at what you do, and it doesn’t go unnoticed how much time, effort and energy you put forth to allow us to do what we do.

After discussing with my family and coaches, I’ve decided that it’s time for me to chase my biggest dream and chase the 2020 NFL Draft. I will always be a Sooner, and I believe this is the right time for me to make the move to the NFL…” — Kenneth Murray

Check out the video here.

He was named the Preseason Big 12 Defensive Player of the Year, and while he didn’t live up to the hype after an incredible 2018 season, he still had a very solid season. He finished with 69 solo tackles and four sacks as the Sooners captured their fifth-consecutive Big 12 title and advanced to the College Football Playoff for a third straight season.

Coming out of high school he was a four-star recruit per Rivals and Scout and a three-star by 247 and ESPN. In 2017, he was named co-Big 12 Defensive Freshman of the Year and All-Big 12 Honorable Mention by the league’s coaches. Last season, he earned Second-Team All-Big 12 honors followed by a First-Team All-Big 12 selection this year.