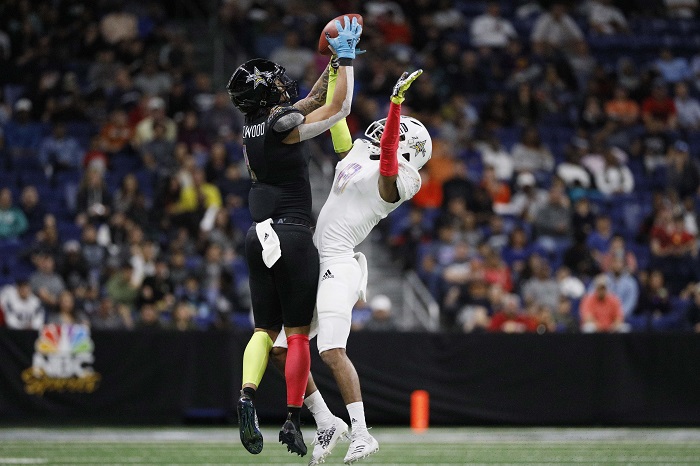 Another college football season has come and gone by faster than you can blink. All jokes aside, this All-American Bowl will feature one hundred of some of the nation’s best high school football players. This game will be a competition between the East and West teams on a national stage in San Antonio, TX. This is the 20th overall year for the All-American Bowl and the 19th consecutive year that the game has been played inside the Alamodome in San Antonio. Not only will this game give you a sneak preview of who will be coming to your school, it will also showcase some future NFL players due to all the talent that will be on the field on Saturday. Now, before I begin, I would like to say that there are only four Big 12 schools that will have signees in the game which are Texas, Oklahoma, Iowa State and TCU. Even if you aren’t a fan of these four schools, you still will be able to get a sneak preview of who your team will be facing in the coming years. After the game, I will be sure to speak with as many of these players as possible to recap the game. Be sure to follow the game with me on twitter (@Derekduke25) as I will be covering the All-American Bowl and keeping you updated on everything that will be going on. Here is the full list of future Big 12 players that will be participating in the All-American Bowl on Saturday. All the signees will be on the West team and I would be surprised if there were any future Big 12 players announcing their commitment on Saturday.

*All rankings are provided by 247 Sports