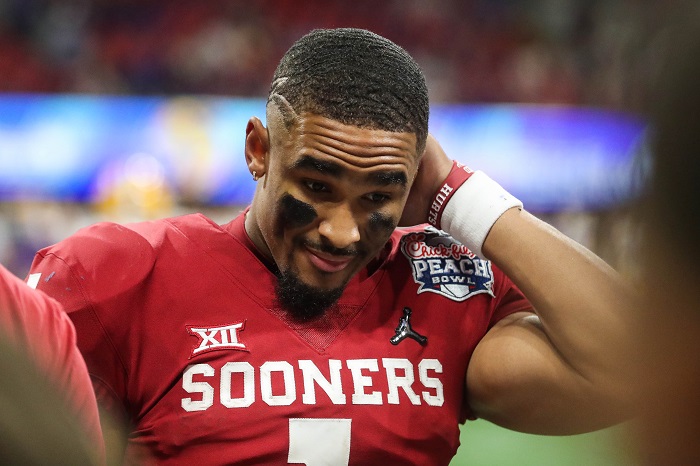 Remember when you were little? No, I am not talking about your body shape or back to your college or high school days. I am talking about those days when you were just a child during Christmas time. Remember how fun those days were? Eating endless Christmas cookies and drinking hot chocolate as if you were on the Polar Express. I can remember writing letters to Santa Claus asking him for things that I wanted for Christmas. I never knew where those letters went, but it always seemed like I got most of what I asked for.

Fast forward almost twenty years and I now have trouble thinking about possible gifts I would even want during the holiday season. But maybe I should have thought long and hard about what I wanted this past year. Looking back at the bowl season for the Big 12, maybe I should have put pen to paper and wrote my own letter to Santa before Christmas. When I saw that the Big 12 was an underdog in every single game, I should have been more worried, and as creepy as a grown man writing a letter to Santa Claus may sound, it certainly couldn’t have made things much worse than the 1-5 record the conference had this bowl season.

As much as it pains me to say, this bowl season was as bad as I can remember. If not for this bourbon, I am not sure I could be writing at a time like this and I am sure there are some people out there hoping I am curled up in a ball uncontrollably sobbing somewhere due to the embarrassing bowl performances we just saw over the last week. As I sit here and sip on this Jim Beam (losers don’t deserve the good stuff), I wonder, where did it all go wrong?

It all started when I went to the Texas Bowl last Friday as I watched the Oklahoma State Cowboys jump out to a 14-0 lead over Texas A&M just to be outscored 24-7 in the final three quarters. From there, Saturday December 28th felt like a day of hell as the entire country watched Iowa State get embarrassed by Notre Dame in Orlando, and Oklahoma, who looked like they didn’t even belong on the same field as LSU.

With a quick 0-3 start to the bowl season, I figured the conference would have a good shot at going 3-0 in the Liberty Bowl (Kansas State vs Navy), Alamo Bowl (Texas vs Utah) and Sugar Bowl (Baylor vs Georgia). It turns out, I am not so good at figuring things out because Kansas State played poorly in a loss to Navy and Baylor got dominated in the big easy by Georgia. Of course, the one man to clean some of the mess was none other than Texas head coach Tom Herman as his team demolished the eleventh ranked Utah Utes in a 38-10 route in San Antonio.

I know what you are thinking. “Tom Herman doing something nice for the Big 12? Give me a break Derek.” And trust me, as arrogant and unlikable as Tom Herman is, his victory over Utah saved what little respect that the conference has at this point due to the fact his team saved the Big 12 from going winless in the bowl games. Still, there are concerns across the board. When the conference has their lowest bowl winning percentage (16.6%) in the modern Big 12 era (2012-present) it is going to trigger more hate and more backlash at the Big 12 that it doesn’t need because it already gets plenty.

Over the next few days, your Twitter, Facebook, radio and television will see and hear national talking heads ripping the Big 12 to shreds… and guess what? Let them have their moment in the sun. The Big 12 has still sent a team to the playoff in three straight seasons and for the first time since 2015, the conference has a losing bowl record. This isn’t something that I expect to turn into a trend, and you shouldn’t either. In fact, I think I will finish this glass of bourbon and forget all about it. It’s 2020 and it’s time to leave 2019 in the rear view.