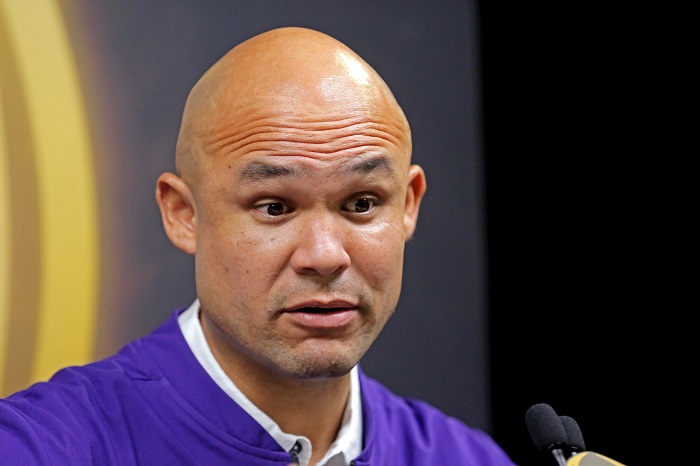 The Baylor Bears are expected to name LSU defensive coordinator Dave Aranda as their next head coach, as first reported by ESPN.

Aranda gets the job after helping LSU finish an undefeated season and winning the National Championship with a win over Clemson on Monday night. Virginia Tech coach Justin Fuente and Louisiana coach Billy Napier, who each spoke with Baylor about the job, announced Thursday that they are remaining with their schools.

Internally, associate head coach Joey McGuire was a fan and team favorite, but clearly did not have enough backing within the administration to land the job after learning under Matt Rhule for three years.

Rhule departed for the NFL’s Carolina Panthers after helping turn around Baylor from 1-11 to 11-3 this past season and coincidentally enough picked off LSU passing game coordinator Joe Brady to be his new offensive coordinator at the next level.

Aranda comes to Baylor after four seasons at LSU where he was the highest-paid assistant in the country making $2.5 million.

This will be Aranda’s first head coaching job. He previously served as defensive coordinator at Wisconsin, Utah State, Hawaii, Southern Utah, Delta State and Cal Lutheran, which also happens to be where he played football with current Texas coach Tom Herman.

Aranda does have some ties to the state of Texas where he was a graduate assistant for Mike Leach at Texas Tech and then he spent two seasons as linebackers coach at Houston.