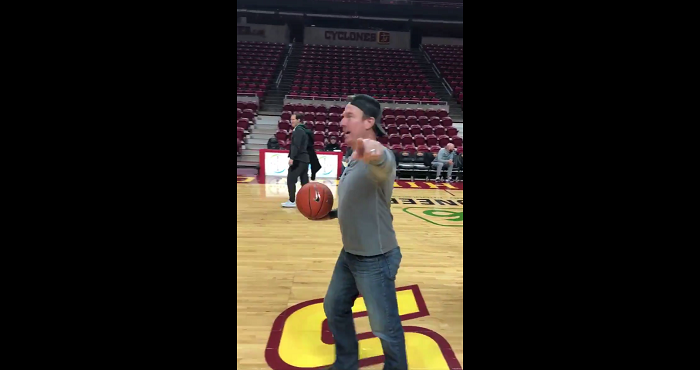 Things are going well for the Baylor Bears right now. They’re the No. 1 team in the country heading into Wednesday night’s game against Iowa State.

But hey, who doesn’t want to add someone to the roster who can sink half court shots?

That’s where Fixer Upper legend Chip Gaines steps in. Chip is up in Ames with the team for their match up and is casually draining half-court heaves hours before tip off.

He did it again! @chipgaines sinks the halfcourt shot for #Baylor175❗️#SicEm 🐻 pic.twitter.com/xtwRX7gHlj

And per the video, he also did it on his first shot?!?! What! He’s handy, a marketing genius, mildly funny and now he’s able to light ’em up from half court?!