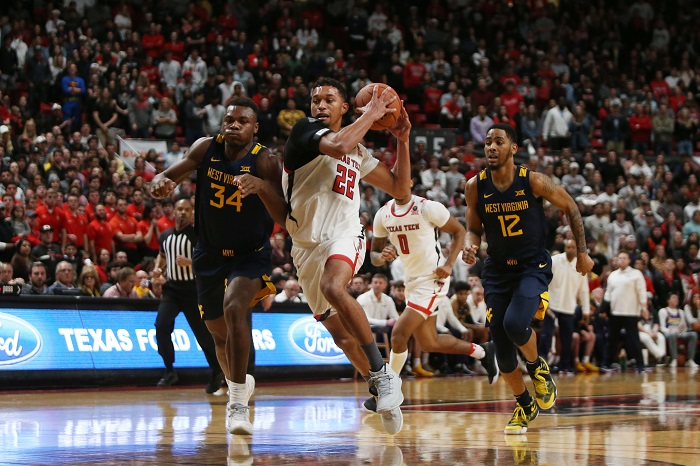 We’re wrapping up the weeknight games for Big 12 men’s basketball and our Matthew Postins broke it all down in our Big 12 Postgame Periscope after Wednesday’s last game. The Postgame Periscope is our instant review of each weeknight’s games, with analysis and context for that night’s action and beyond.

Texas Tech claimed an 89-81 win over West Virginia on Wednesday, and that took up the bulk of the opening minutes of the Periscope. I wasn’t a fan of the three technical fouls in three minutes. But it didn’t seem to hurt Texas Tech, as the Red Raiders broke out of their slump from the 3-point line — led by Davide Moretti (25 points) and Jahmi’us Ramsey (21 points). Terrance Shannon Jr. also had 23. Call this a coaching moment for West Virginia and head coach Bob Huggins, who now has a chance to hammer home some key points about composure to his young, talented team. Derek Culver had 16 points, 14 of which were at the foul line.

Baylor pulled away from Iowa State, 67-53, led by MaCio Teague’s 15 points and Mark Vital’s 10 rebounds. The Bears had three others in double figures. Rasir Bolton led Iowa State with 19 points. The Bears remained the only undefeated team in Big 12 action and now has the program’s best start in conference history in its sights — a 10-0 start in the Southwest Conference 1948.

Kansas State pulled off a win over Oklahoma, 61-53, as Mike McGuirl came off the bench with 16 points. Wildcats fans have to hope this is a sign of things to come because they could use more consistent scoring off the bench. Oklahoma had an off-night shooting the ball and was led by Alondes Williams’ 15 points off the bench.

Texas outlasted TCU, 62-61, in the final moments in Fort Worth. Jase Febres had 15 points for Texas while Kevin Samuel and R.J. Nembhard had 17 points each for TCU. I explain the key to Texas’ success or failure in Big 12 play in one easy statistic in the Periscope.

On Monday Kansas defeated Oklahoma State, 65-50, and I talked about Christian Braun’s impact on the Jayhawks in the first month of Big 12 action. He had 16 points and 9 rebounds in the victory. OSU shot under 30 percent from the floor.

I wrapped up the Periscope with a review of the Big 12 standings and a review of the current Bracketology by ESPN’s Joe Lunardi, including the chasm between three Big 12 teams and the rest of the league.

Finally, look for updated Big 12 Power Rankings on my Twitter (@PostinsPostcard) at 11 a.m. CST on Friday.