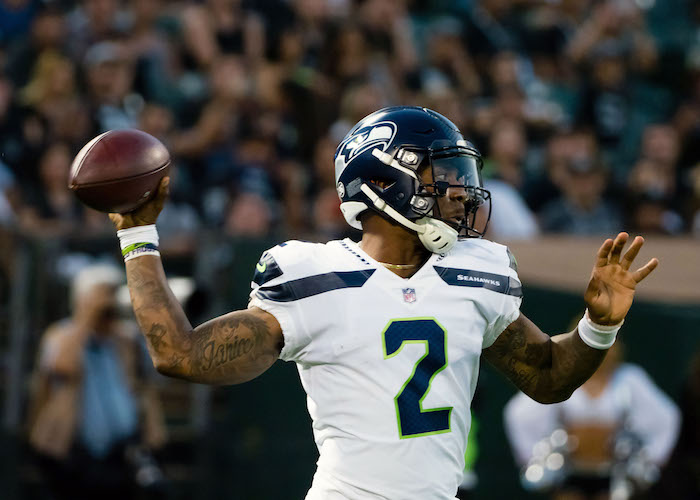 Former TCU Horned Frogs quarterback Trevone Boykin was sentenced to three years in prison on Wednesday after pleading guilty to charges from the 2018 beating of his girlfriend.

Boykin, who also spent time in the NFL with the Seattle Seahawks, and prosecutors agreed to the sentence in return for his guilty plea Wednesday to aggravated assault and witness tampering charges.

Boykin had been in the Tarrant County Jail in Fort Worth since December after he ducked paying for a hotel room in nearby Arlington. Boykin will be eligible for parole in less than a year.

Shabrika Bailey alleged that Boykin broke her jaw in the March 2018 beating.

Boykin did have other troubles with the law in his past, but none as bad as these latest charges. In 2015, two days before TCU played in the Alamo Bowl, he was suspended for the game, then pleaded no contest to a resisting-arrest count and got a year’s deferred adjudication probation. in June 2016.

In March 2017, he was arrested on public intoxication and misdemeanor marijuana possession charges after a car in which he was a passenger struck a tavern, hitting seven people on the sidewalk.