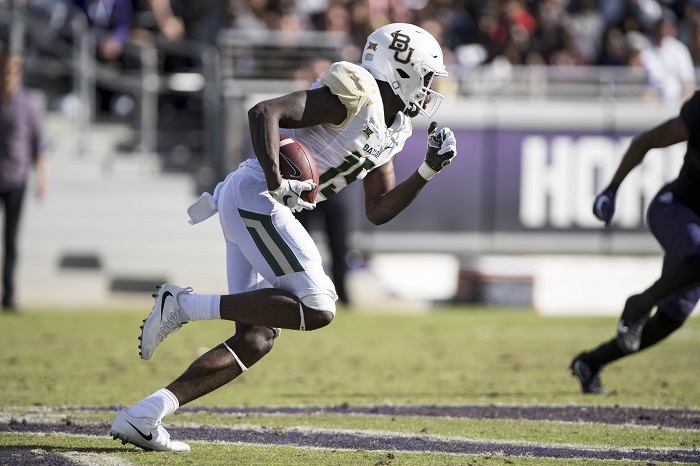 The NFL combine is underway and it’s a deep class of wide receivers. One of those who might get overlooked, but who should not, is Baylor wide receiver Denzel Mims.

Mims is at the combine and his 4.39 40-yard dash turned some heads on Thursday night. Here’s what it looked like.

Mims was a three-year starter in Waco where he had nearly 3,000 career receiving yards, with over 180 catches. This past season, Mims had 66 catches for 1,020 yards and 12 touchdowns. He averaged 15.5 yards per catch, which was actually slightly down from 17.8 yards per catch during his sophomore season.

Oklahoma WR CeeDee Lamb is still considered the top wide receiver in the class, with some mock drafts putting him in the Top 15 of the 2020 NFL Draft. But for a player like Denzel Mims who might get overlooked, he will be a steal whenever he eventually gets selected.