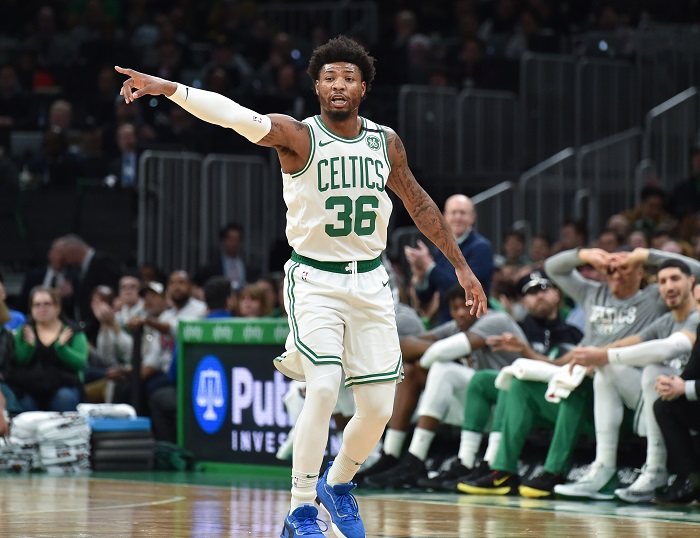 Here is the video of Smart’s announcement on Twitter:

I was tested 5 days ago and the results came back tonight, which were positive. Ive been self quarantined since the test, thank goodness. COVID-19 must be taken w the highest of seriousness. I know it’s a #1 priority for our nations health experts, & we must get more testing ASAP pic.twitter.com/xkijb9wlKV

Smart followed it up with a final note.

I’ve had no symptoms and I feel great. But the younger generation in our country MUST self distance. This is not a joke. Not doing so is selfish. Together we can beat this, but we must beat it together by being apart for a short while. Much love!!

Smart, 26, is in his sixth NBA season and brings solid defense to the team and has become a three-point threat. At Oklahoma State, Smart was the Big 12 Player of the Year in 2013, also the Big 12 Freshman of the Year that same season, was named a 2x All-Big 12 selection and a Second-Team All-American in 2013.

The other players who have tested positive for the virus are Rudy Gobert and Donovan Mitchell of Utah, Christian Wood of Detroit, Kevin Durant and three other members of the Brooklyn Nets, two members of the Lakers, and now Smart.

Who is the Biggest NFL Draft Bust in Big 12 Football History?
NCAA Postpones Baylor’s Infractions Hearing Due to Coronavirus
To Top