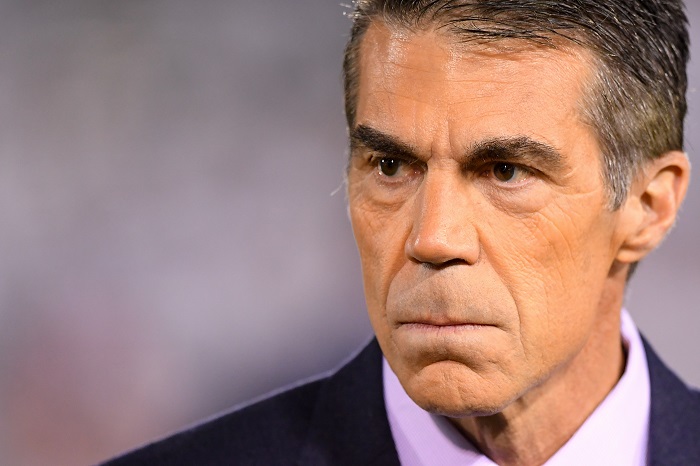 There has been some hope of late that things might go on as normal. College Football Playoff executive director Bill Hancock said as of now he is planning for a Playoff, per usual for January. However, Big 12 Commissioner Bob Bowlsby has said he is not sure if a full season is going to be played.

So what is going to happen?

None of us really know, but recently ESPN analyst Chris Fowler shared a video to his Instagram account sharing what he believes are three scenarios that could play out.

Fowler said, “The first scenario is the season starts on time and the season isn’t altered much. Time is running out, though, unless you think 4-6 weeks is a whole lot of time. Because I’m told by the end of May, there has to be clarity and if you are going to have college campuses open — which you will have to bring the players back — that’s about the deadline to get things going on time.”

Then there was this option, as Fowler added,“Scenario 2, the season starts late and maybe gets shortened a bit. Maybe you get going in November and you go through January and have to reshuffle the Playoff. To me, that sounds problematic. People are worried about a second wave of this virus coming back when the temperatures up north turn colder. You want to start a season then have to shut it down? To me, that would be disastrous.”

Then, he mentioned the final scenario, which is the most unique, but said, “It’s gaining momentum — which may sound preposterous on the surface but I think a lot of reasonable people feel like it might be the most prudent course of action, and that is football in the spring.”

“Beginning some point in February, getting into March, April, May, maybe have the postseason in June,” Fowler said. “That would have to be reshuffled a bit. It would be bizarre. It would wreak havoc on some other sports in that time of year. But to avoid the financial disaster of having no football in the academic year, I think it might be a fallback position.”

Baylor University to Make $65 to $80 Million in Budget Cuts Due to Coronavirus
Bill Self on Coronavirus Recovery: ‘This will be Mardi Gras times 10’
To Top