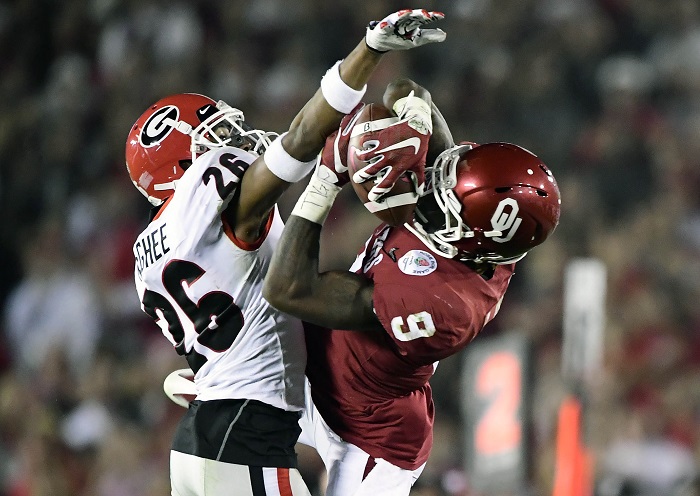 While the Oklahoma Sooners didn’t have the No. 1 overall pick this year, they still had one of the top players taken in the NFL Draft after wide receiver CeeDee Lamb was taken by the Dallas Cowboys.

As a true freshman at Oklahoma in 2017, Lamb played in all 14 games with 13 starts and had 46 receptions for 807 yards and seven touchdowns. Lamb’s 807 yards broke the freshman receiving record at OU. His sophomore year he was a leading contributor in the Sooners 12-2 record and playoff appearance. He caught 65 passes for 1,158 yards and 11 touchdowns while starting in 13 games. In 2018, Lamb and teammate Marquise Brown helped the Sooners achieve their first season to have two receivers catch for over 1,000 yards. CeeDee also had career high of 8 receptions for 109 yards against Alabama in the College Football Playoff.

In 2019, Lamb was named a first-team All-American after catching 62 passes for 1,327 yards and 14 touchdowns. He was a finalist for the Biletnikoff Award for best college football receiver.

Lamb decided in December to skip his senior season and go to the NFL Draft.

Lamb joins the Cowboys and new head coach Mike McCarthy with a great roster around him led by QB Dak Prescott and will line up alongside Amari Cooper, with Ezekiel Elliott in the backfield, plus one of the best offensive lines in the NFL.