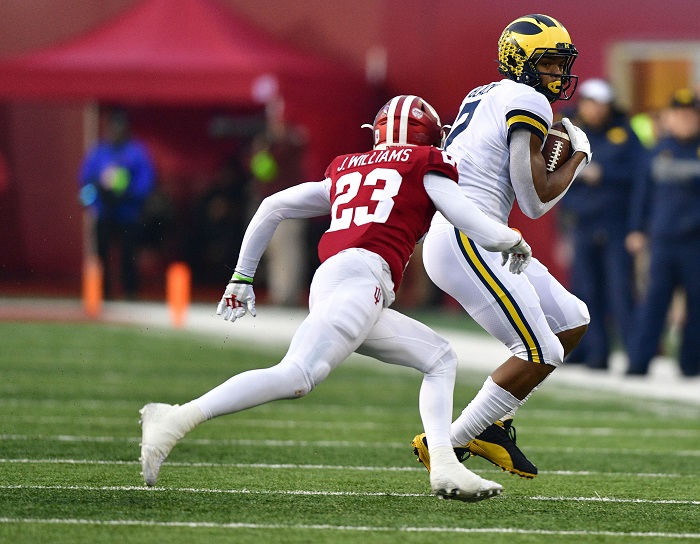 The Texas Longhorns are getting some help at the wide receiver spot as former Michigan wide receiver Tarik Black announced on Instagram he is going to transfer to UT.

Black published an Instagram post with a picture of him in a Texas uniform and the caption, “i just flipped the switch,, flip flip #HookEm.”

He entered the NCAA’s transfer portal in December and will be eligible to play immediately as he is set to graduate in May and will be a graduate transfer. And the good news for the Longhorns is that Black will have two years of eligibility in Austin.

Black was a former four-star recruit out of Connecticut and the No. 15-ranked wide receiver in the Class of 2017, but he struggled with foot injuries during his first two seasons at Michigan. Black would miss the final 10 games of his freshman year and the first seven games of his sophomore season.

Last season, he had 25 catches for for 323 yards and a touchdown for Jim Harbaugh’s Wolverines. At 6-foot-3, 215 pounds, he provides some good size for Sam Ehlinger and the Texas offense which lost very good wide receivers in Collin Johnson and Devin Duvernay, who were both selected in last week’s NFL Draft.