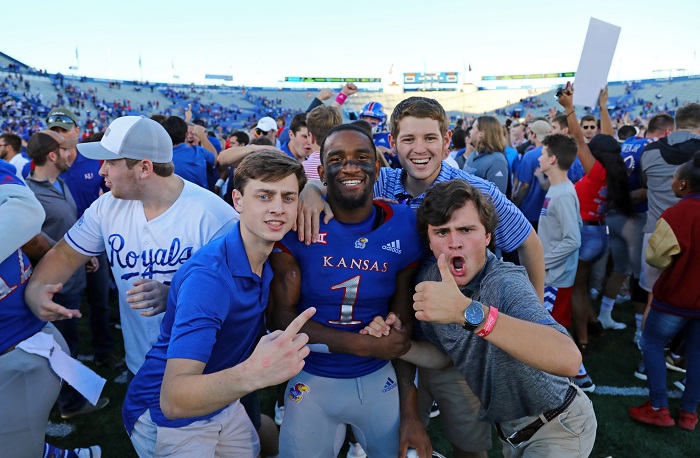 Just a few months after the Border War was renewed between Kansas and Missouri on the basketball side of things, the renewal now comes on the football side.

On Saturday, KU announced plans for a four-game renewal of a home-and-home for the Border War in football.

Obviously things are trickier to schedule in football, so fans for both teams will have to wait some time for the first meeting. The two teams will meet for their first game on Sept. 6, 2025 in Columbia, and then it’s in Lawrence in 2026. After a few years off, KU and MU will again play in 2031 (Columbia) and 2032 (Lawrence).

“This agreement renews one of college football’s most historic rivalries and we believe Jayhawk fans will enjoy the competition,” KU athletic director Jeff Long said in a news release. “This will be a great experience for our students, student-athletes and fans to have the Border Showdown games on campus, and look forward to seeing that excitement at David Booth Kansas Memorial Stadium.”

Kansas and Missouri haven’t played since 2011 when the Tigers left for the SEC. Mizzou won that game 24-10 at Arrowhead Stadium in Kansas City.