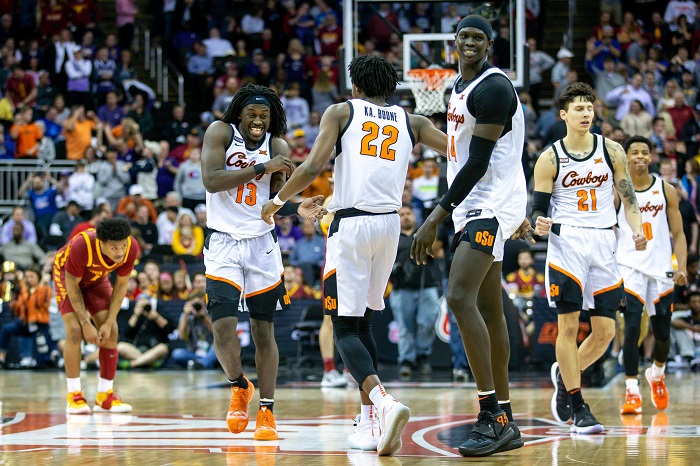 Postseason: All postseason tournament action was canceled due the coronavirus. Oklahoma State was poised to earn an invitation to the NIT Tournament.

Any NBA Bound?: NBA teams will give McGriff, Waters III and Dziagwa a look-see during fall camps, but the G-League appears to be the best bet for the three of them to continue their basketball careers.

The player(s) you don’t know about: Hidde Roessink played just 137 minutes last season and didn’t make a dent in the Cowboys’ rotation. But when you think about what he can offer the Cowboys, he’s a player to watch next season. At 6-foot-10, Roessink has unusual mobility for his frame and can drive to the basket and shoot from well outside the paint. It’s the kind of stretch game the Cowboys haven’t had much of the past couple of seasons.

Get a centerpiece and the rest of the class will follow, right? Well, Cunningham is 247Sports.com’s No. 1 national recruit, and after he signed in the early period the Cowboys hauled in three other recruits that were in the national Top 200. It’s the best class of head coach Mike Boynton Jr.’s tenure (No. 10), and the Cowboys hauled in a Top 25 class in 2019. The expectation is that Cunningham is a one-and-done, so expect him to start in 2020-21 — and expect the Cowboys to work like heck to develop the rest of the class.

Commitments yet to sign: The Cowboys don’t appear to have any additional signings for the 2020 class, per 247Sports.com.

Summarizing the season: By the time it was over, the Cowboys looked much improved. But it was quite the journey. At one point the Cowboys were 0-8 in Big 12 play and as inconsistent as any team in the league. But their run toward the Big 12 Tournament showed the development of this team, as they won seven of their final 10 league games before defeating Iowa State in the first round of the league tournament. The Cowboys had rotation issues from the start, but once they figured out that Dziagwa should come off the bench and that McGriff should play closer to the basket, the team started to gel. Likekele made huge strides from his first year to his second year, to the point where he toyed with the NBA before choosing to stay. The Boone brothers got some playing time, as did Anderson and Harris. Some of that playing time wasn’t expected, but it came in handy as the Cowboys have a good read on where they are heading into next year.

Looking ahead to 2020-21: While the departures of the three core seniors hurts, the Cowboys should be a trendy pick in the Big 12 next season. Likekele is growing into a player with NBA ambitions. The Boone brothers should both grow considerably as players. Harris and Anderson all look like they have significant ceilings as well. Anei needs to be a more consistent player, period. He started off the season looking like he had built on the momentum he created at the end of his freshman year, but then he basically disappeared for long stretches in Big 12 play. That has to stop. They need him to be, at the least, a consistently dominant defender and rebounder. Favors will be a factor immediately, as he averaged double figures at Cal Baptist. Cunningham will start immediately. That’s unavoidable. What will be interesting to see is whether these other incoming freshmen have the chops to contribute immediately, too. With three other players in the Top 200, outside of Cunningham, there’s a good chance of that happening. When November rolls around I anticipate a starting lineup of Likekele, Cunningham, Anei, Favors and a combination of Kalib Boone, Keylan Boone, Anderson or Harris. That could be enough to make some noise in the Big 12 as the roster continues to develop.