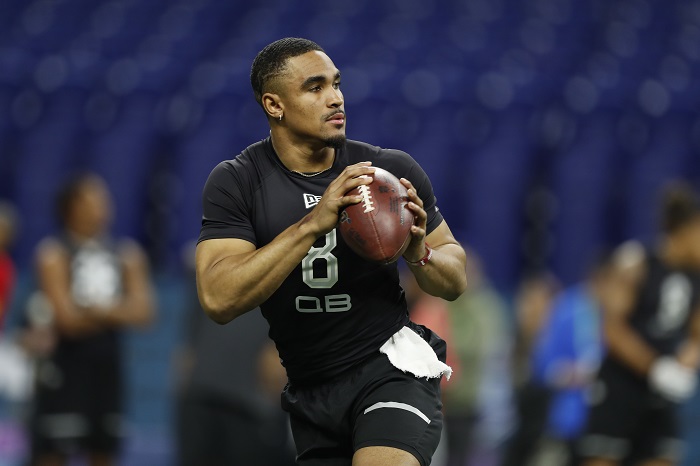 It’s testament to the quality of the Big-12 that this year’s NFL Draft saw several players from the conference drafted as early as the first round.

All told, 21 Big-12 players secured themselves a pro contract, and five of those were drafted in the first round – the joint-most in the organization’s history.

Some ultimately will have been signed to add a bit of meat to the bones of their new employer’s roster, and yet others could make a considerable impact upon the 2020 NFL campaign if given the opportunity to shine.

Here are five of the Big-12 alumni who could have a massive impact in their debut season.

When the first round of the draft began to unfold, there was a tangible sense of ‘why is everyone leaving CeeDee Lamb on the shelf?’

The wide receiver ranked second in yardage gained in the Big-12 stats last season – his second consecutive 1,000-yard campaign and served up 14 touchdowns in just 13 games for Oklahoma.

In the end, you sense the Dallas Cowboys have landed a steal with their number 17 pick – a player ready to hit the ground running in the NFL, in every sense of the word. They are expected to go very nicely in the NFC – as confirmed by their sportsbook odds, found on the best sports betting apps in West Virginia.

You suspect if the Cowboys have any hope of going deep into the post-season, Lamb will almost certainly need to come to the party.

TCU didn’t have the best of times in the Big-12 in 2019, and yet Jalen Reagor stood out for his playmaking ability in a team not blessed with offensive options.

The wide receiver, drafted as the number 21 pick by the Philadelphia Eagles, turned in some impressive numbers despite the absence of a quality QB, and his 4.47-second 40-yard dash at the NFL Combine confirms this is a player with a staggering turn of speed.

The Eagles were downed by the Seahawks in the play-offs last year, but with Reagor adding to an already explosive offense, they will be hoping to go much deeper this time around.

There were some eyebrows raised when Jordyn Brooks was selected as the number 27 pick by the Seahawks when some other, more reputable names were left on the board.

But it’s not hard to see what the Seattle outfit saw in their new linebacker. This is a guy who can run a 4.54 second 40-yard split time at 240lbs, and so Brooks has all of the physical credentials to make it big in the NFL.

Coming from a below-par Texas Tech, Brooks was expected to fly under the radar in the first round or two of the draft, but Seattle will take a chance on the second-team All-American who ranked second in the Big-12 tackling stats too.

Drafted just ahead of Brooks was Kenneth Murray, another linebacker on a high after a stellar campaign with the all-conquering Oklahoma side.

Ranking fifth for total tackles and sacks, Murray possesses devastating speed over the ground and power in the tackle, becoming a key component in Alex Grinch’s set-up.

The LA Chargers need a defensive boost. That goes without saying, and Murray is very much a ‘plug and play’ option to give them an immediate lift.

The Eagles got busy in the draft, bringing in Jalen Hurts alongside Jalen Reagor in the first couple of rounds.

There were no major surprises there, given that Carson Wentz continues to have a propensity to miss games through injury, and Hurts will act as a reliable deputy in his absence.

More than just a premium passer of the ball, Hurts is quick across the ground and has an eye for breaking the line, and his runner-up position in the race for the Heisman Trophy was well and truly deserved.

A unique talent, the NFL may get a good look at the Oklahoma alumni this season.

The Jets, in need of some inspirational new blood, may just have landed themselves a gem in Denzel Mims, who wasn’t picked up until deep into the second round of the draft.

The wide receiver ranked third for receiving yards and second for touchdowns in an excellent year with Baylor, and his ability to cross the end zone will be much-loved by a New York outfit desperate to get back into the play-off picture.