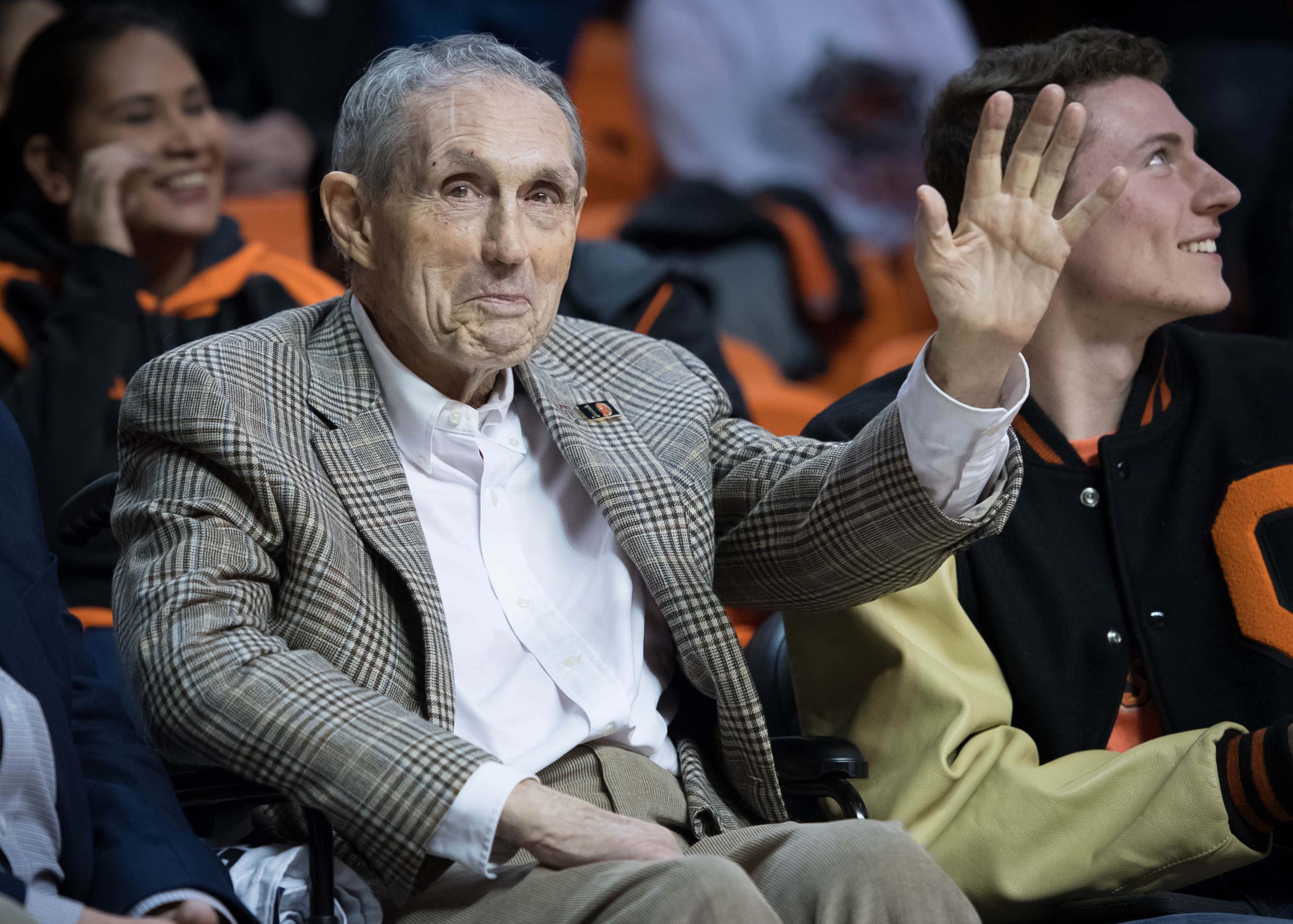 Sutton led the Cowboys for 16 seasons (1990-2006) piling up a record 368-151 during his time in Stillwater. During that span, Sutton helped the Cowboys get to two Final Fours, three Elite Eights and six Sweet Sixteens.

Outside all his success, another reason why he was so beloved was because he was a true Oklahoma State man through and through. Sutton was a Cowboy basketball player himself back in 1955 through 1958 and during some of his time on campus, the school was still known as Oklahoma A&M before the school changed the name to Oklahoma State.

His previous stops before Oklahoma State included schools such as Creighton, Arkansas, and Kentucky before rejoining the Cowboys in 1990. By the time his career was over, Eddie had racked up a whopping 806 wins as he ranks eleventh all time on the men’s D1 college basketball head coaches wins list.

Eddie Sutton was a legend not just in the state of Oklahoma but throughout college basketball across the country. After years and years of being on the Naismith Hall of Fame ballot, Eddie was finally in to be a part of the 2020 class. But unfortunately, we will not get to see him take stage. While he may be gone, he will never be forgotten and since 2005, his name dons on the court at legendary Gallagher-Iba Arena to never let us forget him.

These days everyone uses the term G.O.A.T (Greatest of all time) loosely but on Saturday night, the college basketball world lost a real G.O.A.T. Eddie Sutton was Oklahoma State basketball and always will be remembered as that. It is just shame he is gone too soon. Rest easy coach.