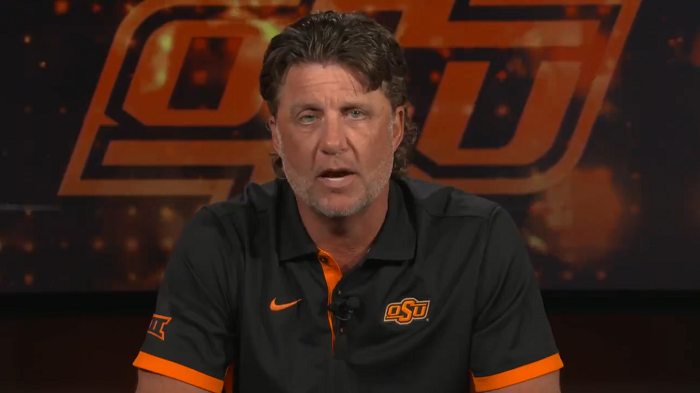 For the second time in as many days, Mike Gundy has released a video on social media, this time with a more direct apology for his OAN t-shirt that drew national attention in Tuesday.

Gundy released a video with Chuba Hubbard on Monday night where he promised “change” for the program. Gundy received some criticism for not directly apologizing for his OAN t-shirt.

Well the head coach could not have been more clear in his video on Tuesday, saying, “They helped me see through their eyes how the t-shirt affected their hearts. Once I learned how that network felt about Black Lives Matter, I was disgusted and knew it was completely unacceptable to me. I want to apologize to all members of our team, former players, and their families for the pain and discomfort that has been caused over the last two days. Black lives matter to me. Our players matter to me.”

Below is the entire video.

Gundy went on to say that “positive changes” will come to Oklahoma State football. He then asked for the “humble apology” of Oklahoma State fans and family as “we move forward.”

It’s been a helluva week in Stillwater and tomorrow is only Wednesday, but as our own Dave Beall noted on Monday night, we should all be rooting for Mike Gundy and Chuba Hubbard right now.