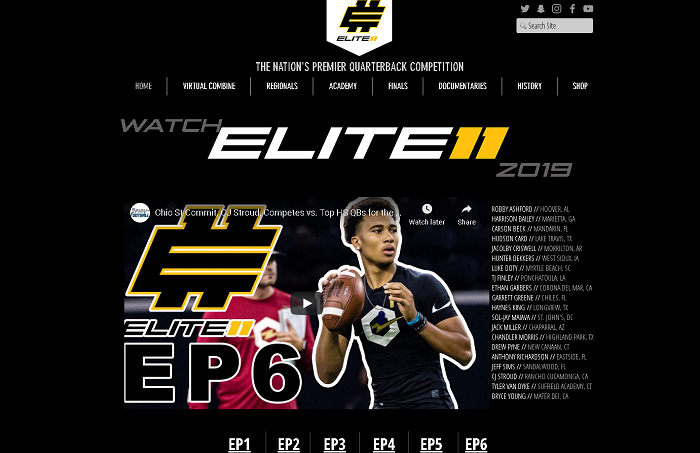 I will be the first to admit, I am by no means a recruiting expert. I am not a hardcore recruiting junkie like some of the guys who put in the hard work to get the latest from your favorite team’s top prospects. However, I have been to plenty of recruiting camps over the last couple of years and have learned a thing or two.

While recruiting camps are a great way for kids with few or no offers to get some exposure, do not think that there is not a little bias when it comes to MVP awards at these camps. There is no doubt in my mind that some of these camps have pre-determined winners no matter what the actual play on the field looks like. But I will say, I think that there are some camps that do it right. With that said, the same cannot be said about the “prestigious” Elite 11 camp. I say prestigious loosely because maybe it was never said before, but after this video I watched, I would say any credibility went right out the window.

In case you do not know, the Elite 11 is a camp where the nation’s top quarterback prospects compete to showcase their talent. From regional camps, a few players are selected to move on to the finals which were in Nashville as about twenty quarterbacks compete over the course of three days to find out who is the top signal caller. If you cannot watch the video, former NFL quarterback and ESPN analyst Trent Dilfer runs the show for the Elite 11 and said the determination of the camp winner was based on 75% of junior film and 25% of the actual event.

Now, I am no quarterback guru but what in the hell is the point of hosting a three-day event in Nashville for these guys to compete and only 25% of their performance at the camp counts? Seriously, if that is the case why waste these kids’ time? Why not just crown the champion and skip all these camps and just crown the quarterback with the best junior film?

Anyways, the winner ended up being Caleb Williams. Caleb is a five-star quarterback out of Washington, DC and will be announcing his commitment on Saturday and it has been obvious that he will wind up at Oklahoma. Hats off to Caleb for winning, but I do feel for other players who probably did not have that fair of a shot at winning.

Maybe I should not be saying this because nobody else will due to fear of getting their credentials pulled to get inside info, but when the athletes are the ones getting the shaft, someone needs to speak up on their behalf.