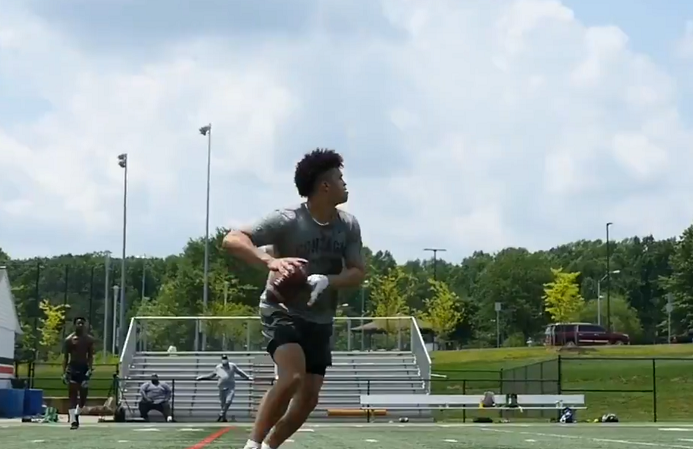 The OU football program was celebrating more than just the freedom of America on Saturday as they added the top-ranked dual-threat quarterback in the Class of 2021, Caleb Williams, to their recruiting class.

247Sports ranks Williams as the No. 1 dual-threat QB and they have him ranked as the No. 4 overall prospect in the country. He made the announcement in an interview with CBS Sports and picked the Sooners over the LSU Tigers, Clemson Tigers, Alabama Crimson Tide and his local squad, the Maryland Terrapins. He is a 6-foot-2, 210-pound prospect out of Gonzaga College High School in Washington, D.C., but had offers from every corner of the country.

Williams made the announcement with a lengthy video on Twitter.

For Lincoln Riley, he continues to be the destination spot for top quarterback recruits after having three-straight Heisman finalists and two of the past three winners in Baker Mayfield and Kyler Murray, who were also both No. 1 overall picks in the NFL Draft.

Also on Saturday, Oklahoma landed four-star cornerback Latrell McCutchin from Austin, Texas. McCutchin, the No. 16-ranked recruit at his position committed to the Sooners over offers from Baylor, Oklahoma State, TCU and Texas.

247Sports now has the Sooners with the No. 14 class in the country and No. 2 in the Big 12 behind the Texas Longhorns, who are ranked No. 10 in the country.