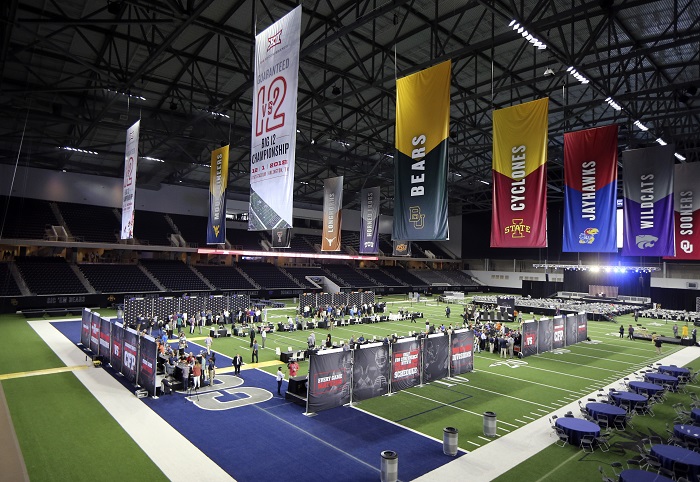 The Big 12 Conference announced on Wednesday night it has rescheduled its virtual media days which were set to begin on Monday, July 20th and run through Tuesday, July 21st. The league announced it is moving the date to Monday, August 3rd.

Commissioner Bob Bowlsby said in a statement, “As everyone is aware, our head coaches and student-athletes have not been able to collectively engage in organized team functions since athletics activities were suspended in March. We felt it was prudent to give coaches a chance to re-acclimate with their teams prior to participating in our annual season preview event.”

The set up is still expected to include every head coach and two players from each team to participate for their respective team. However, the fact that the league only offered one day and not two, may mean that an expedited media day is planned, given the uncertainty around the 2020 college football season.

Heartland College Sports will still have full coverage of the event.