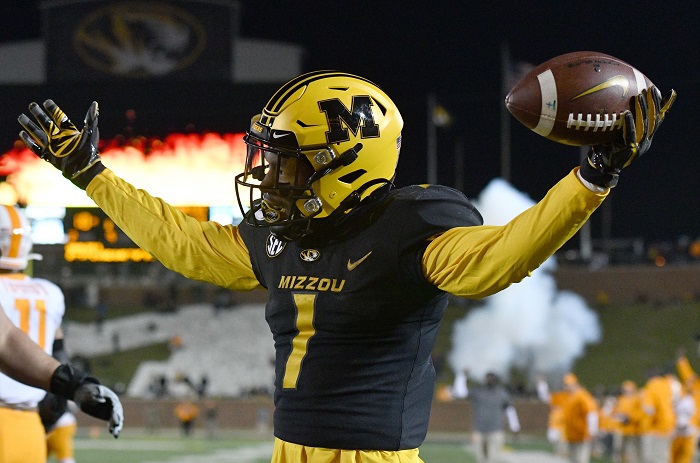 When will Mizzou fans just admit it? They should’ve never left the Big 12 Conference. They probably won’t admit it, because, well, “S-E-C!” or something. But don’t kid yourself. Get a couple drinks even in the most disillusion Tigers fan, and I think they would concede that the program remains in relative obscurity in the SEC and that doesn’t appear to be changing any time soon.

The reason I bring this up is because Missouri’s football schedule was released on Friday and it’s brutal.

As Dellinger noted, each SEC team had to add two conference games, and the Tigers got a game vs. Alabama and at LSU. Have fun with that!

I don’t know what Mizzou did wrong to deserve such an unbalanced draw, but it reaffirms the fact that the Tigers remain out of place and lack respect in the SEC.

Mizzou’s journey from the Big 12 to the SEC got off to a pretty good start with back-to-back SEC East titles in 2013 and 2014 under Gary Pinkel. However since then, the Tigers are 14-26 in SEC games and does anyone believe that record will get any closer to .500 after the 2020 season? Highly unlikely.

And with the Tigers in the SEC East, they remain geographically out of place from the large majority of the division. There’s no clear rival or passion between Mizzou and _____ SEC fans. I know rivalries take time to build, but we are nearly a decade into realignment and it doesn’t feel like Mizzou is any closer to finding that rival. No, you can’t duplicate the Border War. But finding some common opponent to hate has not even been in the equation for the Tigers.

Meantime, the recruiting has taken a hit. I went back 12 years on 247Sports and here’s what I found.

The numbers are clear. Mizzou has been the second-worst recruiting team in the SEC for half a decade, while their national rank was also generally better as a member of the Big 12 Conference.

Recruiting is a snowball effect. Win games, get national attention, recruits get interested, commit and the success continues. But for Mizzou, that is mostly a distant memory. Their pipeline to Texas is gone, as similar to Nebraska, they rarely play in the Lone Star State. Meanwhile, the top kids in Florida think Missouri may as well be Montana.

Mizzou football is stuck in no-man’s land in the SEC and there is no end in sight. Yes, the SEC money is nice, but the Big 12 money is not far behind at about $40 million per school, and that does not include the individual university’s Tier 3 rights.

The college football landscape will have another shake up in the next half a decade, and while I don’t think it’s likely, if Mizzou was being honest with itself, it might at least give thought to the idea of a return to playing teams like Kansas, Kansas State, Iowa State, Oklahoma, Texas and the rest of the gang in the Big 12.

It would be a win for the program, the university, and most importantly, the fans.

Baylor Bears 2020 Schedule Analysis
Can the Big 12 Finally Step Up and Be a Leader?
To Top