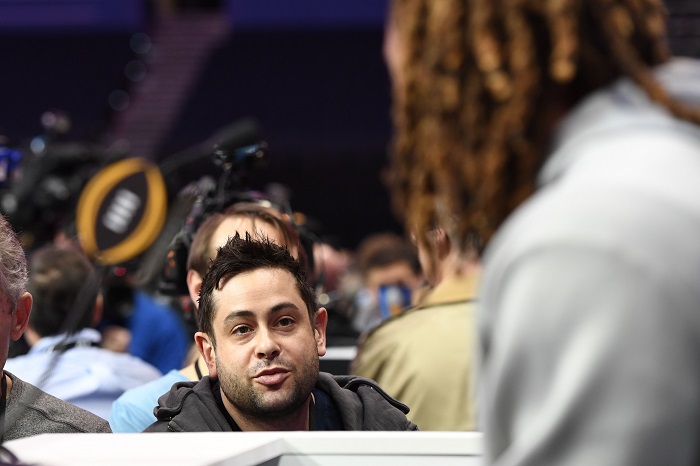 This might strike some as a pot meets kettle moment. It can always come off strange when a journalist from a media outlet suddenly criticizes a journalist from another media outlet. However, sitting back and watching blatant misinformation, false equivalence and egos go unchecked just does not work.  Dennis Dodd of CBS Sports, Dan Wolken from USA Today, and Stewart Mandel from The Athletic are going to be the primary focus of todays article, however these three men do not stand alone in guilt.

It’s hard to start this story without going back to August 8th and citing this tweet from Danny Kanell, who said that while college football journalists weren’t necessarily rooting against having college football, that they are very ready to enhance their egos by pointing to themselves about being “right” about college football being too dangerous to play.

Danny was then criticized heavily for his take across the board by several journalists. You would think after the smoke cleared they would be wary not to prove him to be correct. As if Danny was Nostradamus himself, on August 10th Stewart Mandel strokes his own ego with an “I told you so” tweet.

Then it was Dennis Dodd stroking his own ego, writing an article about how the #wewanttoplaymovement is nothing more than kids who do not know what is best for themselves. He went as far as comparing it to parents who do not let their children drive on their own, because of safety.  Joel Klatt carried the day that time pointing out how asinine, and ridiculous this article was, after calling out other media members out for their pushing of panic and fear in an earlier tweet.

Now let us talk about the gift that keeps on giving Dan Wolken. Wolken is a journalist at USA Today, and if you are interested in just seeing a man spew complete garbage, and talk out of the side of his you know what, I have found the perfect media member for you!

Dan has been waiting excitedly to tell the world “I told you so” as Danny Kannel put it “for 5 months”. Wolken is the worst of what plagues journalism in both sports, and news media. He is vested heavily in a particular side being correct and dedicates his entire life to the craft of making content containing poorly thought out and poorly researched information as long as the content he puts out makes him, or the individuals he chooses to align with, look correct.  For months, Wolken has repeatedly been a doom-and-gloom man when it comes to college football, never sharing the entire picture on the science and letting his audience decide, only pushing what Dan Wolken wants his audience to think, based on his own personal agenda.

Here are the facts about this college football season: If this was only about player safety, not only would playing the season be the forefront of people’s minds, cancelling the season would seem absurd. These young adults will be taken care of much better than they could be anywhere else. They will get access to unlimited nutrition, the best medical doctors money can buy and a strong guiding force helping them remain accountable to each other and  their teams. Look at what Clemson, Oklahoma, and Alabama has done with their players. The successes after getting them back on campus has been tremendous.

Playing college football against other players who get tested several times a week and before the games is a much more controlled environment than going to Wal-Mart or Target with mom.  These kids are less likely to contract this very serious disease diving head first into football. And with the very minimal risk to this age group, if someone were to catch it elsewhere they could be quarantined for 14 days, recover with the assistance of elite medical personnel and be good to go. This demographic statistically has more concerns dealing with potential lightning strikes, suicide, homicide, and car accidents. If your goal is player safety, or reporting the news, this is what you should be the biggest factor you consider.

Maybe someone can pass that along to Dan Wolken, Stewart Mandell, Dennis Dodd and the rest in on this little tidbit?

Can the Big 12 Finally Step Up and Be a Leader?
Welcome to The Big 12 Bubble
To Top