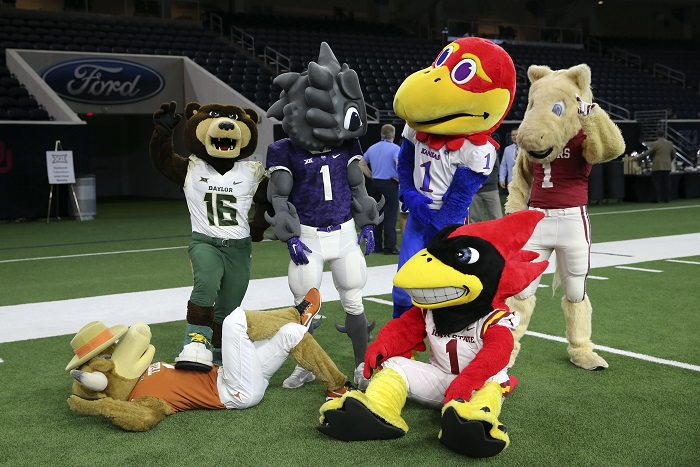 Earlier this week, I wrote about which Big 12 teams fan bases in the Big Ten and Pac-12 should start rooting for since their respective seasons will not be happening. This is not an indictment in the fans. But it is on leadership in those respective conferences.

In the Pac-12, commissioner Larry Scott one time had his eyes set on teams like Oklahoma, Oklahoma State, Texas, Texas Tech and others. He saw the Pac-12 going to 16 teams with its own network and becoming the first Superconference. Thankfully, it never happened, and the Pac-12 remains the weakest of the Power 5 Conferences, while their new additions have been a mixed bag. Utah has certainly had success, but it hasn’t done anything for the national branding of the conference, while Colorado has been in obscurity for most of its time in the conference. Oh, and the Pac-12 network has been, by far, the biggest dud in college sports.

In the Big Ten, Nebraska jumped ship from the Big 12 because, like many, it was reportedly tired of Texas running the conference. However, the Cornhuskers have lost the shine that made them National Championship contenders in the 1990’s and even Big 12 Title contenders a decade ago. Those days are long gone and the 2019 season with Scott Frost was a disappointment. Of course the Big Ten remains a very healthy conference, but losing Nebraska still pains many Big 12 fans, and I believe it still pains many Nebraska fans to this day, even if some won’t admit it. Or maybe they will, it’ll just take them a few drinks to be that honest.

But with the chaos ensuing for both conferences, who have shut down their respective football seasons, it’s the Big 12, who has a full conference schedule planned out, who is finally getting to have a good laugh at the expense of those conferences.

Look at the Big Ten, where players’ parents are threatening lawsuits and you’ve got cowardly Big Ten presidents not admitting who voted for what to end the college football season. Then there’s maybe the dumbest idea of all from the Big Ten, starting spring football in January… indoors! The Big Ten, who prides themselves as the academically superior conference in America, believes that due to COVID, players are better off playing indoors in January versus outdoors in September?! There is no scientific basis at all to come to that conclusion.

Alas, the Pac-12 is stuck with having too many schools in the People’s Republic of California, so no matter what, playing football under the close eye of Governor Gavin Newsome was always going to be a long shot. In hindsight, I feel bad for Colorado (sort of), but thankfully, no other current or former Big 12 teams or fan bases need to deal with anything involving the state of California. That’s a win.

One of the many other things that burnt me up when the Big Ten and Pac-12 cancelled was the assumption that the sports media would carry their water and pressure the remaining Power 5 conferences, the Big 12, ACC and SEC, to also cancel. There was a push, but thankfully that push was not strong enough. The arrogance of the Big Ten and Pac-12 assumed that every other conference would fall in line. The data and science was not on their side, but who cares? They are the conferences with Michigan, UCLA and USC, right? We should all listen. They must have the best doctors.

Thankfully, no one did.

And what does all this mean for the future of college football realignment? There is plenty of time to figure it out. But don’t kid yourself, there is a lot of animosity brewing in both the Big Ten and Pac-12 that could have long-lasting effects for the relationships between university presidents, chancellors and athletic directors. And while they will be fighting it out behind closed doors, the Big 12 will be enjoying a football season that yes, will be unlike any other in history, but at least the arguments will be about bad officiating, missed holding penalties and dropped passes, not lawsuits and spring football.

It took almost ten years, but Big 12 fans have every right to kick their feet up this fall, enjoy a cold one on the couch, watch a Big 12 game, and get a chuckle out of the debacle that’s been the Big Ten and Pac-12.

The Fall and Rise of Iowa State’s Defensive End JaQuan Bailey
Is Texas Tech the Big 12 Sleeper No One is Talking About?
To Top