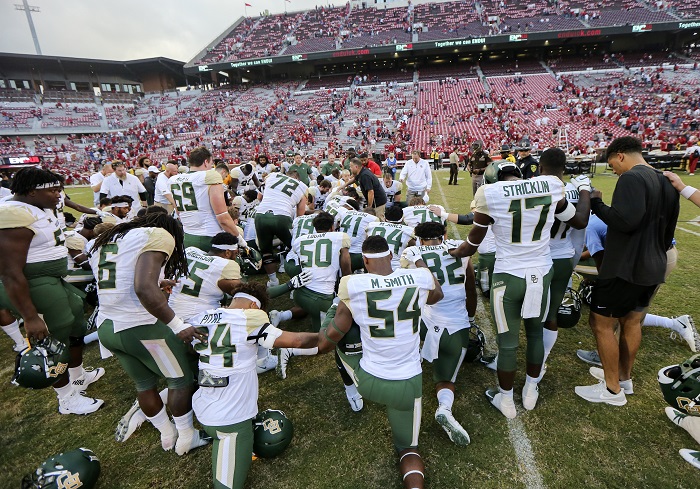 These are obviously tense times in our nation. Regardless of how you feel, emotions are high in the wake of the COVID-19 pandemic, the killing of George Floyd in May in Minneapolis, plus the recent shooting of Jacob Blake in Kenosha, Wisconsin.

In the Big 12 Conference, the Baylor Bears football team held a march on Thursday with signs to show support for Blake who was shot in the back seven times after an altercation with police officers. Blake had a warrant out for his arrest for third-degree sexual assault and after not being cooperative with officers, which included a scuffle and him being tased, he was shot by an officer seven times after Blake walked back to his car and reached under his seat. Blake is expected to be paralyzed from his waist down.

Here are some videos from Baylor’s march.

The players marched around campus with “Black Lives Matter” signs and were joined by head coach Dave Aranda.

Here is the statement from the Bears on why they chose to skip practice and march today.