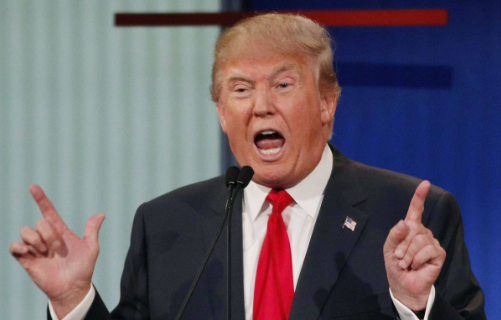 College football is pushing full steam ahead. The Big 12 Conference gets underway next week with its season getting underway on Saturday, September 12th.

However since the Big Ten cancelled its season in mid-August, the backlash has been severe, including lawsuits from players and parents.

Even the past week when the college football season got started, the President made sure to suggest that the Big Ten should be playing this fall along with the Big 12, ACC and SEC.

This would be crazy interesting if the Big Ten reverses course on itself. Last week the Big Ten talked about a possible Thanksgiving start date, but that would make no sense as the rest of the Power 5 Conferences would be getting ready for conference championship games and then a College Football Playoff.

So let’s see what exactly the President means when he says that things are on the “one yard line”.

In another report on Outkick.com, they report that “President Donald Trump called Big Ten Commissioner Kevin Warren this morning to discuss the return to play of Big Ten athletics. The call, which was described as lasting 15 to 20 minutes, was described as a great and productive conversation which was in no way partisan. In fact, both men, President Trump and Commissioner Warren, stated on the call they agreed that football shouldn’t be partisan in any way and that it was important to get sports back in the Big Ten as soon as it was safely possible.”

On top of all of this, there have also been allegations that the Big Ten has had a political tinge to its decision making on the 2020 football season since Day 1.

Regardless, we’ve done our part in trying to suggest what Big 12 teams Big Ten and Pac-12 fans can start rooting for, at least for the upcoming season.