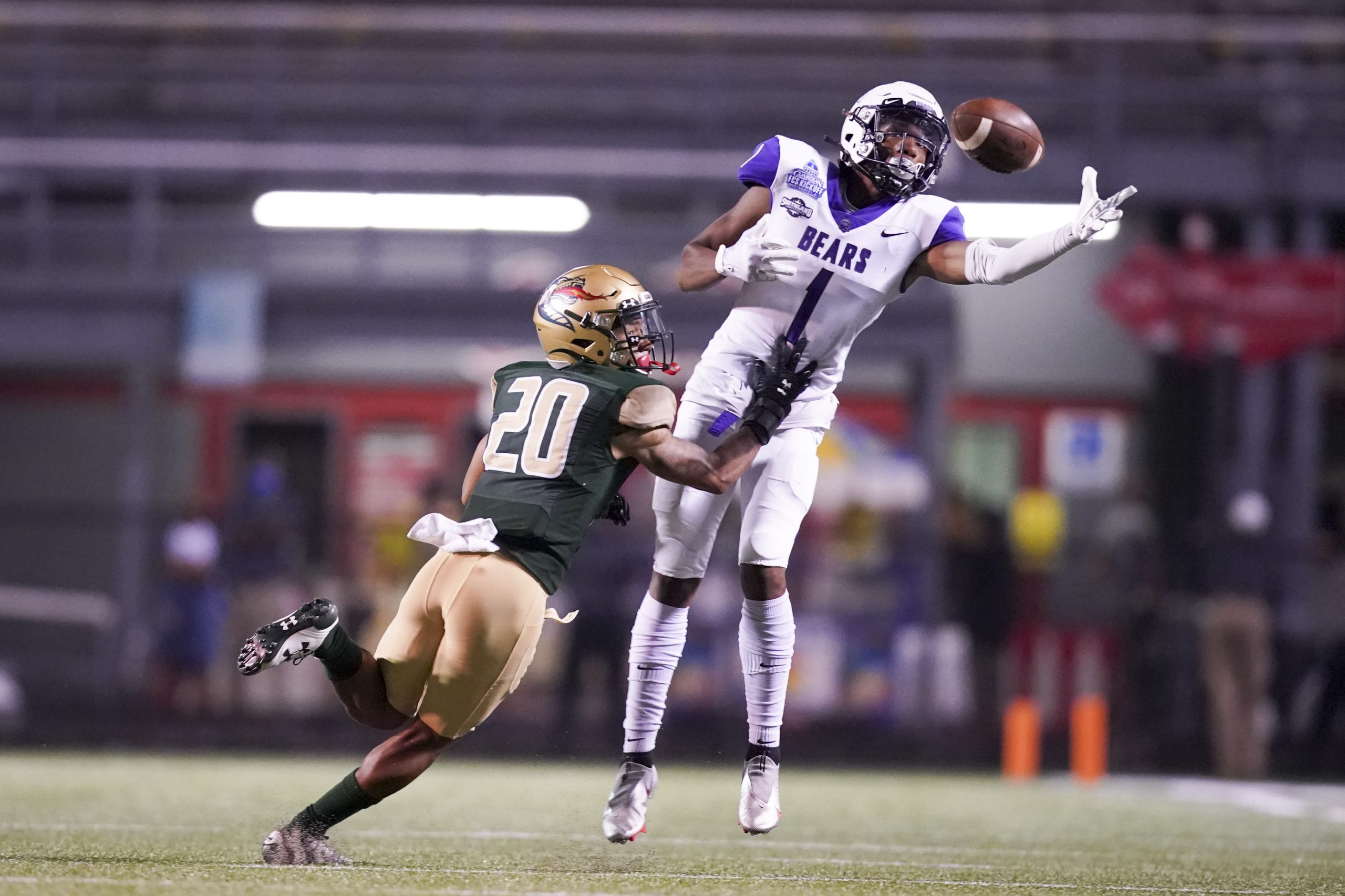 Sept. 5 marked the ‘official’ start of the college football season. None of the Power 5 conferences were in action, but the most important team for the Big 12 Conference to watch in the coming weeks isn’t even in FBS and wasn’t even playing on Saturday.

Ladies and gentlemen, let me introduce you to the Central Arkansas Bears.

The Bears, an FCS program out of Conway, Arkansas, have cobbled together an ambitious 10-game schedule, even though its conference, the Southland Conference, shelved football until the spring. The Bears are the only team in Division I — and for that matter all of college football — that has played two games so far. The Bears played the FCS kickoff game with Austin Peay on Aug. 29, and then played UAB just five days later in the Blazers’ home opener in Birmingham, Alabama.

In between the Austin Peay and UAB games, the Bears reported some great news — none of their players tested positive for COVID-19. So, theoretically, the Bears were COVID-free going into Birmingham. Remember — you can have COVID-19 and not know it or have it come up positive on a test.

Now, here’s why the Bears are worthy of our attention the next couple of weeks, as they don’t play against until Sept. 19 against Arkansas State.

First, Central Arkansas as a campus has only reported 23 COVID-19 cases, per the New York Times’ ambitious COVID-19 tracker for college campuses (and we’ll dive more into that in a second as it pertains to the Big 12). Central Arkansas had an enrollment of 10,890 in 2019. In fact, the other college in Conway, Division III Hendrix, has reported just one case. Second, the Bears just played a game at UAB, where that campus has reported 1,027 cases (by the way, UAB’s enrollment was 22,080 in 2019). BUT, the Blazers have not reported a COVID-19 positive on their football team since practices started in August.

So, logically speaking, if you have two football teams that don’t have any positive COVID-19 cases going into their game, they shouldn’t have any COVID-19 cases after the game. That’s why Central Arkansas’ test results next week will be a key marker for everyone to watch, including the Big 12, which is scheduled to kick off on Sept. 12, minus TCU.

TCU announced on Friday that it would postpone the game after football players and staff members came up positive. That game, with SMU, is its annual ‘Iron Skillet’ rivalry game. This comes during a week in which other Big 12 teams made the following announcements:

Kansas announced that its home opener on Sept. 12 would be played without fans.

Iowa State did an about face on having fans at its home opener on Sept. 12, saying it would be played without fans.

Was TCU’s postponement a blip on the 2020 season or a portent of things to come? Or does it simply reflect the moving target that will be college football this year?

As always, the answer requires more than just a ‘hot take.’

Now, on the face, one postponement and two games barring fans from the stands doesn’t sound like much. And maybe it isn’t. But it may also reflect the changing dynamics of planning for this college football season now that students are on campus.

Student attendance on campus is certainly driving some of this. It has to. The New York Times is tracking COVID-19 cases at campuses around the country. The Times is surveying more than 1,500 universities — including every school that plays athletics — to track cases. As of Sept. 3, campuses have reported more than 51,000 cases (and, fortunately, only 60 deaths). The 10 colleges that comprise the Big 12 had the following numbers of cases, as reported by the Times:

So, based on that total enrollment numbers and based on the Times’ COVID-19 numbers, we can surmise that approximately less than two percent of the Big 12 population has COVID-19. That’s well below that ‘magic number’ of five percent, the number that most cities and states are using as a baseline to make decisions about closing business, wearing masks and other health measures.

We can make an educated guess that the return of student life on campus will influence whether players contract COVID-19 or not. TCU isn’t the only Big 12 team that has reported cases. They’re just the only one to postpone a football game to this point.

I think one thing is clear, though. The Big 12’s decision to push back the start of its season to Sept. 12, and then putting a full two-week pause between the opener and the Big 12 opener, was a wise one. That gives the conference more time to plan and more time to learn from others.

Like Central Arkansas which, at least to this point, is leading the way when it comes to COVID-19 in college football.

By the way, the Central Arkansas athletic director’s name is Brad Teague. Every Big 12 AD should be giving him a call this week. Just saying.