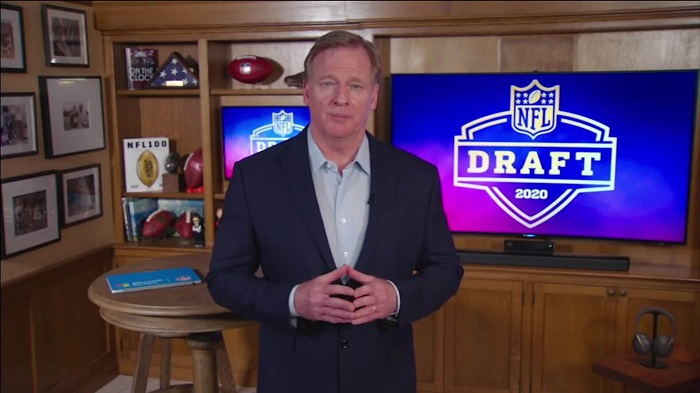 The NFL Season is heading into week 6 and we have already had lots of talking points. We look at the NFL power rankings that paint the story of the season so far.

NFL Power Rankings: The Story of the Season so Far

The NFL 2020 season is heading into week 6 and there are plenty of talking points around one of the most popular sporting actions in the world. Already, the Texans have parted ways with their head coach while others look destined for the same following a series of abysmal results.

Various clubs are trying to pull out all the stops to make it to the top and live to the expectations while others are simply trying to get off some terrible results. Well, let’s take a look at the NFL power rankings as we head into another round of matches.

After week 4, the Seahawks ranked 2nd behind the Chiefs. However, their insane comeback against the Vikings set the stage for the Seahawks to top the NFL Power Ranking at 5-0. Although it is clear that the Seahawks have some defensive issues to sort out, they still pull out big plays especially with their excellent quarterback, Russel Wilson. After registering such successive wins, big things are coming for the Seahawks.

Kansas City Chiefs had an impressive start of the NFL 2020 campaign. However, their recent loss to the Raiders pulled them from being the top-ranked to the second at 4-1. The loss might have lowered the pressure on the Chiefs, but it is concerning that costly mistakes turns the game against their favor. Again some of their key offensive players were forced out of the game due to injury. Generally, it was a week for them to forget but hopefully, they can get back on track with pace.

Previously, the Pittsburgh Steelers were ranked 6th.  After racking up a stunning victory against the Eagles in their 4th game, they climbed to third at 4-0. Their receivers have no doubt become better and are becoming catalysts of good things about the Steelers. Every other week, they are finding a new way to integrate different players in its offensive line and never fails. These impressive results will help them create the much-needed momentum as the league progresses.

Perhaps winning the AFC North is a tight race this time around because they arguably play in the toughest NFL division. Baltimore Ravens have some of the best players in their books such as Lamar Jackson and can inspire them to great victories. They sit 4th at 4-1 just below their rivals Steelers who alongside them have balanced teams in the league. They lost to the Chiefs in their third league game but bounced back to winning ways.

The Buffalo Bills have also made an incredible start in their 2020 NFL quest. Thanks to their offense play and their leader Josh Allen who appears to have put off the years of inconsistency. They have won all their opening four matches and if they can smash the Titans, they will go straight to the top alongside the Seahawks. Currently, they sit 5th at 4-0 on NFL Power Ranking.

Previously, the Packers ranked 5th but have moved 6th at 4-0 after game week five. Just like the Bills, they have won all their first four games of the season. Their offense led by Aaron Rodgers and Aaron Jones is no doubt excellent. Also, they have a promising defense and plenty of talents in several areas. They will surely fine-tune any weaknesses to avoid a slip at this stage as they try to mount a meaningful title chase.

The Rams, who are ranked 7th at 4-1, have only lost one game which came in the hands of the high-flying Bills. Statistically, the Rams have improved compared to the 2019 season. For instance, they have already scored at least 30 points in 3 games. To appreciate this achievement, it is worth pointing out that it took them at least 12 games the previous season to achieve this!

The Tennessee Titans have only played three league matches and won all of them. The coronavirus pandemic forced the postponement of some of its initially scheduled matches but the team is looking in good shape. They have moved from 9th to 8th at 3-0 in the NFL Power Rankings as of week 5.

After horribly losing to the Ravens in their first game of the season, their turnaround has since buried that opening day shambolic. They have since won four in a row and doesn’t look to stop. Their more assured defense and the passing game is now propelling them to a better level. At NFL Power Rankings of 4-1, they currently sit 9th.

The Bucs have won three and lost two games since the 2020 NFL season kicked off. Well, some costly mistakes would have been avoided in some of these losses. However, Tom Brady is putting some decent efforts to steer this team in the right direction. Hopefully, things are going to work out for him. They previously ranked 7th but now sit 10th at 3-2 in NFL Power Ranking as of week 5.

This is the story of the season so far! It is just getting started, though. We expect that the powers will keep shifting as we get into the business end of the season. Watch out for more NFL Power Rankings as the league progresses.

Bet on the MLB and Win Big With These Essential Betting Tips
Big 12 Basketball: Top Transfers for 2020-21 Season
To Top