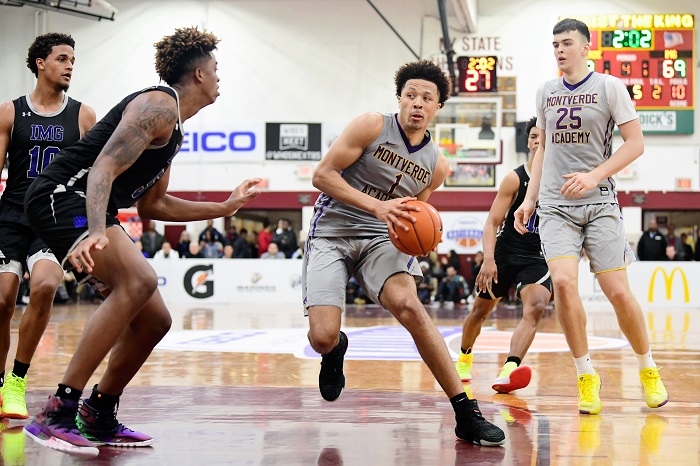 The Big 12 beat the bushes for dozens of new recruits for this season. But a select few are going to have an impact when the 2020-21 season rolls around. Heartland College Sports highlights the true freshmen that could have the most significant impact on the upcoming basketball season (one per program, please).

The true freshman out of Minneapolis, Minnesota (Park Center) comes to a Baylor program that has a loaded roster and may not actually need him to play this season. But he plays the one position where the Bears need a little help — forward. I’m not sold on Dainja making an impact this season, but if any member of the Bears’ three-player 2020 class does so, it will be him. His 247Sports.com evaluation makes his immediate value clear — passing, rebounding and shot-blocking.

Foster was the gem of the Cyclones’ 2020 recruiting class. He’s the only Top 100 national player in the class and stealing the Oskaloosa, Iowa, product from in-state rival Iowa was quite the coup. He’s talented enough to produce now for ISU, and his 7-foot frame is a nice counter-point to the bulk of Solomon Young. But he probably won’t be a ‘banger’ inside right away. His mid-range game and athleticism will help stretch inside defenders, which could help floor spacing for the Cyclones. But expect Foster to get immediate playing time.

Thompson was a steal out of Oklahoma State’s backyard (Tulsa, Oklahoma), but when you consider what OSU got instead of Thompson, it’s easy to see why Thompson chose Kansas. The No. 21 overall recruit of the 2020 class, according to 247Sports.com, should play right away despite depth at the guard position. He could even end up starting alongside Marcus Garrett. He brings the ability to shoot, drive, score and facilitate in equal measures. He has the talent to push for Big 12 Freshman of the Year.

The Wildcats signed a whopping seven players in the 2020 class, including a pair of junior college transfers. But among the true freshmen, Pack has the best chance to make an impact. The No. 4 recruit in the state of Indiana, Pack has the feel of a player that knows how to shoot, play defense and run an offense. The Wildcats are in need of all three things right now as they try to re-make a roster that led them to a last-place finish in the Big 12 last season.

The Canyon County, California, product reclassified from the 2021 class to the 2020 class and signed with Oklahoma in August. Now, reportedly the plan is for O’Garro to redshirt this year because the Sooners have veterans returning along with two experienced transfers. But, if the Sooners need a true freshman to step up, he’s the most likely one to do it.

Cunningham was the No. 1 recruit in the 2020 Class, according to 247Sports.com. So, of course, the odds are high he’ll make an immediate impact. The Cowboys brought him in to play right away and know that Cunningham is likely to leave after one year for the NBA. So expect the Cowboys to start him right away, give him plenty of playing time and to squeeze every last bit out of him before he heads for the pros. He was the Big 12 Preseason Freshman of the Year, according to the league’s coaches.

If you’re not totally sold on Francisco Farabello, last year’s true freshman point guard, then you might want to check out Miles, a local product from Lancaster, Texas. A Top 200 national recruit according to 247Sports.com, Miles had Auburn, Butler, Houston and LSU on his tail before TCU signed him. Expect Miles to get some immediate playing time in relief of Farabello. Also, note that with the departure of Desmond Bane the Horned Frogs will look for offense wherever they can find it. Miles may play the point, but he can score, too.

Brown was the only member of the 2020 Class for Texas, but that doesn’t mean we’re highlighting him by default. The No. 9 overall national recruit as graded by 247Sports.com, Brown is an Austin, Texas, resident and he loved nothing more than passing over Auburn, Kentucky and Memphis to stay home. Texas is loaded with returning talent, but Brown is ready to contribute now and by Big 12 play, if not earlier, I think he’ll be starting.

Tech established a clear pipeline to Duncanville High School in Duncanville, Texas, thanks to the recruitment of Jahmi’us Ramsey for the 2019 class. Peavy is also out of Duncanville and he comes to Texas Tech as the No. 43 overall recruit in the 2020 class. Now, guard Nimari Burnett is a bit ahead of Peavy in the national rankings, but the Red Raiders are lousy with guards this season. They’re shorter on forwards and that could open up immediate opportunities for Peavy to contribute.

The four-star recruit was No. 77 in the final 247Sports.com 2020 Class rankings and, even though the Mountaineers are returning plenty of talent in their frontcourt, there should be room for Cottrell to make an impact right away. His blend of athletic ability and mid-range game should allow him to serve as an immediate backup to Oscar Tshiebwe and Derek Culver, and slip into the starting lineup if either get hurt.