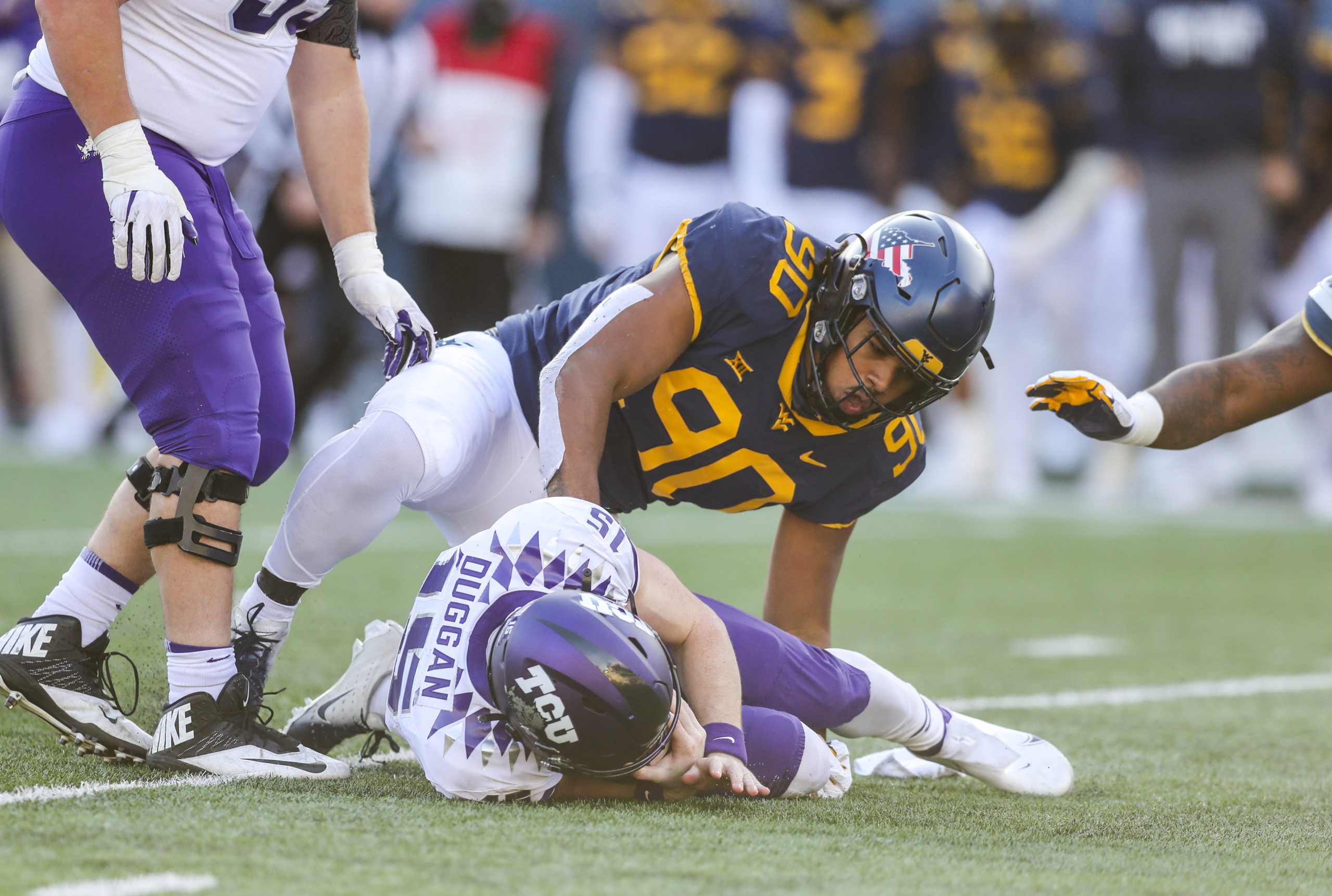 Normally with a short slate of games, I would break it down more, but I give both the offense and defense a lot of credit. The Mountaineers played a hell of a ballgame and dominated the Horned Frogs on Saturday. Jarret Doege ran the offense and most importantly did not turn the football over and relied on the run game. Leddie Brown led the way with 156 yards on the ground as West Virginia averaged 4.9 yards per carry. Combine that with the outstanding defense and it is a complete recipe for success.

But the defense deserves more than just a one liner. They played phenomenal holding the Frogs to under 300 yards and just 6 points keeping the TCU offense out of the endzone. Give a ton of credit to head coach Neal Brown and his team and are we starting to see this program turn the corner under him? If not for that ugly unexplainable loss to Texas Tech, this team would be 6-2 right now. Now they have two tough games left against Oklahoma and Iowa State but if they can split those games, I would consider that a HUGE win for the 2020 season.

What a HUGE win for the Red Raiders. Despite being down 20-6 in the third quarterback, backup Alan Bowman came in and played well after his first pass went for a pick six back in the first quarter. Bowman settled in and was able to get Tech in scoring range several times where kicker/punter Jonathan Garibay had himself a heck of a day with four made field goals including a 25-yarder as time expired for the win.

Also, freshman running back Tahj Brooks had a good game as well with two rushing touchdowns in the second half. The defense was not great but good enough to win and how about that hit by linebacker Colin Schooler to stop Charlie Brewer in his tracks right at the goal line? That tackle proved to be important as it held Baylor to just a field goal. Overall, this team fought and clawed their way back and found a way to win. There are not many positives this season for Texas Tech fans but make sure to enjoy this one. Texas Tech, 2020 BUTT Bowl Champions. Put that on a t-shirt.

Let me start by saying the defense played well enough to win this football game. Holding Tech to 23 points is fine and more times than not, Baylor held the Tech offense to a field goal. But this offense remains a problem. Despite a 13-6 lead at the half, Baylor’s offense was its defense as the lone touchdown came from a Jalen Pitre pick six. Charlie Brewer would run in a score to make it a 20-6 game and after Brewer threw that interception in the third quarter, it was all downhill from there.

The offense would stall out for most of the second half. I know it was windy as hell in Lubbock on Saturday, but the lack of a consistent passing game has been an area of weakness all season long. Unless you are rushing for well over 200 yards a game, 153 passing yards will not get the job done. This offense relies so much on Brewer and it feels like he has no help at times due to an average receiving core and a sub-par offensive line. This now makes five straight losses for Baylor and they still have K-State, Oklahoma and Oklahoma State left on the schedule. As much as I hate to say it, 1-8 is a real possibility for Baylor this season.

There is no other way to put this performance other than ugly. The defense had trouble stopping the run throughout the game and that was a major key for this game for the TCU defense. Forcing Jarret Doege to throw the ball was key but due to the lack of stopping the run game, the Mountaineers did not have to worry much about throwing the football.

As for the offense, what a disaster. We all know that TCU relies heavily on the run game and when they rush for under 200 yards, they tend to lose games. They were not able to hit that magic 200 number on the ground and due to being behind, it forced quarterback Max Duggan to use his arm and on Saturday it was beyond bad. He barely completed over 50% of his passes and was not able to lead his team to the endzone. Six points is not going to cut it and it was honestly embarrassing to watch. This team still must play Kansas and Oklahoma State and with a 3-4 record, it appears that TCU will finish 4-5 this season.