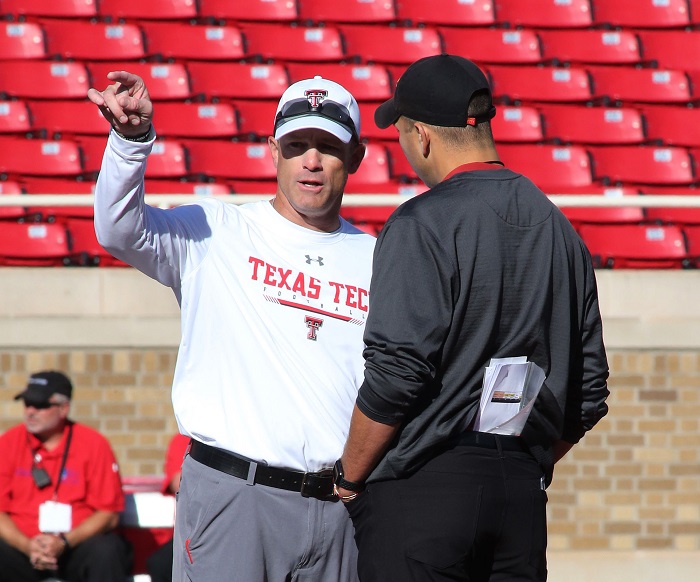 Here is part two of this week’s mailbag. Enjoy!

@McvinuaBrenda asks: It seems like ISU is more locked in this year than any other year. Do you feel like that loss to ULL (as hard as it was) helped them to stay “in the moment” & become the best version of themselves? This year feels different for some reason in a good way!

Duke: Well, I do not think a loss to a group of five school was a good thing by any means. Not only did it hurt Iowa State on the national stage, but it hurt the Big 12 as well. As much as I hate to say it, it would not be a good look for the Big 12 if a team who won the conference lost to an Arkansas State or a ULL. Maybe it helped the Cyclones focus but I would not call it a good loss by any means. With that said, Iowa State has a chance at doing something special this season and if I told an Iowa State fan you can lose to a group of five school and win the Big 12 or go undefeated and lose in the Big 12 championship game, I am willing to bet they would want the conference title win. So, if they win the Big 12, then it will not matter. Although it would hurt any shot, they have at a playoff berth.

@troyboy8ball asks: Derek, since you are somewhat of an amateur epidemiologist, can you please explain how the Big12 has had fewer COVID cancellations than the other conferences? Has it been due to superior protocols, or just pure luck?

Duke: An amateur epidemiologist? Hell, I would be the guy who delivers the pizzas to the epidemiologists if anything. With that said, I have no clue. Some Big 12 schools are handling all this better than others, but nobody is perfect and some of these things are out of our control. I would guess luck over anything. All I can say is, let’s keep our fingers crossed and hope for the best. Which would be my response to everything if I were an epidemiologist because I would have no clue what I am doing.

@FireWellsTTU asks: Question 1: Matt Wells at the end of the year, clearly on the hot seat. Do you make a change at OC or choose to die on the hill you started on?

Question 2: Tech AD Kirby Hocutt has made some solid hires for every other Tech sport except for Football. But let’s face it, football money outweighs more than all the other sports combined. With the decade decline in the football program is Kirby’s seat getting a little warm too?

Duke: Ok let me break this down for you here.

1. I have been on record saying if I was Matt Wells, I am firing both my offensive and defensive coordinator when the season ends. I still stand by that despite the win over Baylor. If this program is to get back what it was under Mike Leach, changes need to be made.

2. I think Kirby’s seat is warm for reasons other than football that I really do not want to get into here. As good as some of his hires have been, there have been a few concerning issues with some of these coaches who have been let go recently.

@ColeConverseIA asks: Ever since Brock Purdy took over at Iowa State, the Cyclones lead the conference in conference home game win % at 11-1. Does Purdy enter 2021 13-1 at home in Big 12 games?

Duke: I double checked your stat and in fact, it is correct. Since taking over the starting role back in 2018, Brock Purdy is 11-1 in Big 12 games at home. And with Kansas State and West Virginia left on the schedule at home, I would say yes. He will go into the 2021 season with a 13-1 Big 12 record at home. What a crazy stat.