The Big 12 has been ridiculed and slandered for years, both fairly and unfairly, for the lack of strong defenses when compared to the rest of the college football world. Fans around the country, labeled it arena football because some Saturdays lit up the scoreboard like the 4th of July. In 2014, TCU and Baylor had an instant classic game which the Bears won 61-58. Both teams were excellent and could have competed for a National Title, but the perception was the best two Big 12 teams didn’t play defense.

At the time, there were numerous reasons for the Big 12’s paltry defense. The conference was the petri dish for potent offensive schemes, and the best minds on that side of the ball almost exclusively coached in the conference. The rest of college football really had no idea what it was like to play football against Art Briles’ spread scheme, or the pass happy deep shot Oklahoma State teams, the Air Raid, and variants of it that have filled the league since the days of Mike Leach. Often Big 12 defenses performed better against out-of-conference competition, and they would perform better offensively than their non-conference foes defensive averages. Now that the innovation has spread around college football to places like the SEC, who are getting absolutely mutilated defensively by the advent of the forward pass.

This 2020 season has certainly been weird, wacky and flat out unprecedented in so many ways, and it appears finally the Big 12 Conference, which began to trend this way a season ago, has finally come full circle on the defensive side. The Big 12 leads all Power 5 Conferences in total defense giving up the fewest yards per game 376.7 YPG and is second in points allowed per game at 28.2.

In comparison, the SEC, the mighty supposed birthplace of defense is surrendering 30.8 ppg and 411 yards per game. The Big 12 has three defenses ranked higher than the highest ranked SEC defense in total defense. Last season, the Big 12 had several players selected early in the NFL Draft such as Kenneth Murray, Jordyn Brooks, Jeff Gladney and more. The trend is looking to continue in the near future as well, as the Big 12 has tremendous safety play from TCU’s elite pair in Trevon Moehrig and Ar’Darius Washington, Oklahoma States Kolby Harvell-Peel, and Tre Sterling. The Big 12 has also had excellent linebacker play from the likes of Demarvion Overshown at Texas and Garrett Wallow at TCU. Defensive line play and rushing the quarterback has also been seen in spades this year in the Big 12. West Virginia has the Stills brothers (Darius and Dante), Oklahoma has perhaps the best line with several playmakers including Nik Bonnito, Isaiah Thomas, and Ronnie Perkins. Texas gets after you with Joseph Ossai. Oklahoma State’s Trace Ford is a beast to block, along with his teammate Lacy Tyler.

Though it took several weeks, the Texas defense has shown tremendous improvement over the course of the year under first-year defensive coordinator Chris Ash. Oklahoma’s Alex Grinch continues to get Oklahoma back where the Sooners need to be. John Heacock continues to innovate at Iowa State. Oh, and West Virginia and Oklahoma State have been the league’s flag bearers this year on that side of the ball. And those are two programs much more well known for their offensive prowess.

Oklahoma State has a top 15 defense nationally, while West Virginia ranks 5th. As the Big 12 coaching has been upgraded on that side so has the play. It will be interesting to see if this defensive trend continues around the league. We still know the game of college football is trending to offense, and with “Big 12 offenses” spreading to the rest of the country like wild fire, perhaps the Big 12 will be the leader in innovating the best ways to defend these versions of the spread. But, if your buddy who’s an SEC fan has something to say about the “no defense league” be sure to let him know that league in 2020 is the SEC or Pac-12.

The Big 12 is playing quality defense and look for that to continue as we get closer to bowl season. 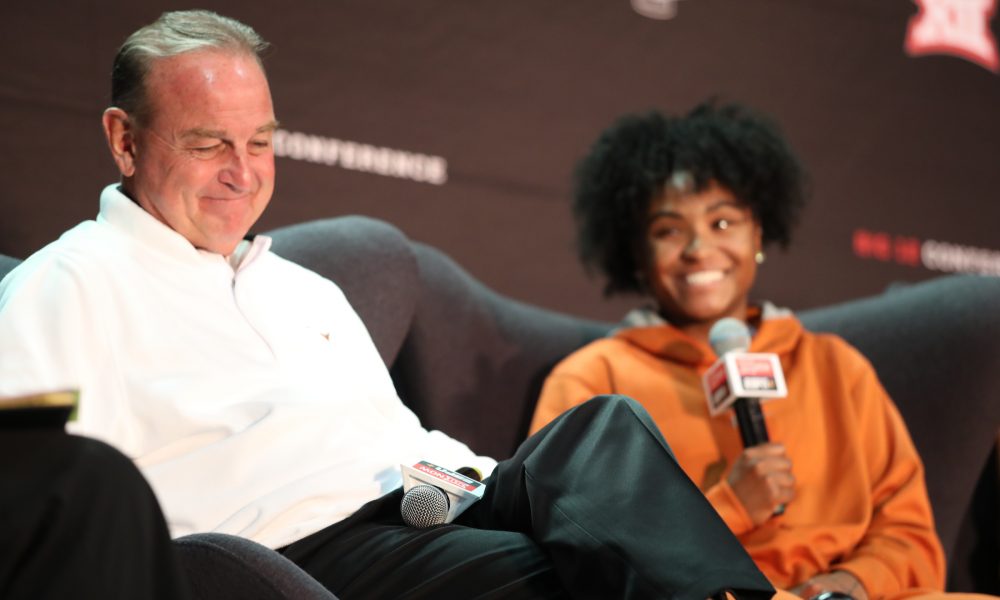 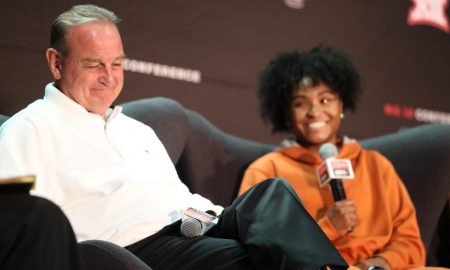 Farmageddon: An Underrated History
Forget the CFB Playoff, the Big 12 Has Its Own Playoffs Brewing
To Top