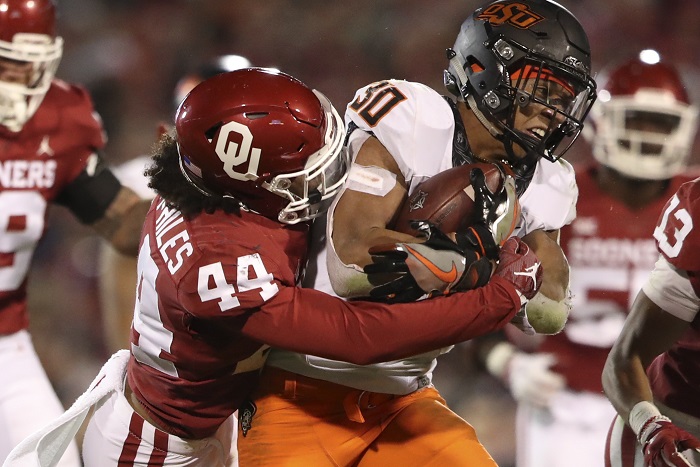 Oklahoma vs. Oklahoma State is the premier match up in college football this week, but according to a new report, the game almost didn’t happen this week.

Per Brett McMurphy of Stadium, the game almost did not happen due to COVID-19 concerns with the Oklahoma Sooners, and Oklahoma State almost ended up playing Baylor, who it had to postponed its game against earlier this season.

Wow. This would have been devastating for both teams and the entire Big 12 Conference, as College GameDay was set to take place in Norman on Saturday.

It’s unclear what the specifics were around OU’s COVID-19 concerns, but clearly both teams were able to make it work. This is the antithesis of what happened on Saturday when Clemson at Florida State was postponed on Saturday morning due to COVID-19 issues. However it was Clemson who expressed clear frustration with the decision and clearly felt like the game could be played.

Oklahoma vs. Oklahoma State will kick off at 6:30 p.m. CST on ABC with Chris Fowler and Kirk Herbstreit on the call.