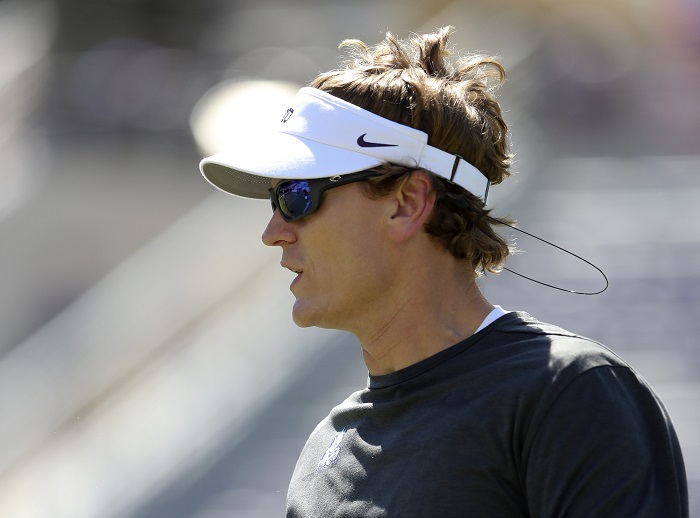 One week after Texas Tech announced it would be bringing back Matt Wells as head coach, but firing offensive coordinator David Yost, the Red Raiders have found Yost’s replacement.

Texas Tech has hired Sonny Cumbie away from TCU to be their next offensive coordinator and quarterbacks coach, according to multiple reports.

The Horned Frogs offense hasn’t been top tier of late, but Cumbie did help coach up former QB Trevone Boykin and was part of the 2014 team that ranked second in the nation in scoring (46.5 ppg) and tied for fifth in total offense (533.0 ypg).

Sonny Cumbie has been at TCU since that 2014 season. But prior to that, Cumbie served four seasons as an assistant coach at Texas Tech. He was co-offensive coordinator and outside receivers coach in 2013.

Texas Tech is also Cumbie’s alma mater. He quarterbacked the Red Raiders in 2004 when he led the team to an 8-4 record. Cumbie finished the season by passing for 520 yards and earning Holiday Bowl Most Valuable Player honors in a 45-31 victory over No. 4 California. In the 2004 season, Cumbie finished with 4,472 yards passing, the fifth-best total in school history and seventh best all-time in the NCAA.

Texas Tech’s offense ranked sixth in the Big 12 in points per game, fifth in rushing yards per game and fourth in passing yards per game. But the unit seemed out of sync much of the season, no matter who was at quarterback.

Matt Wells has two-straight losing seasons to start his tenure in Lubbock and will need Cumbie and the offense to pick it up to help turn things around in 2021 and beyond.