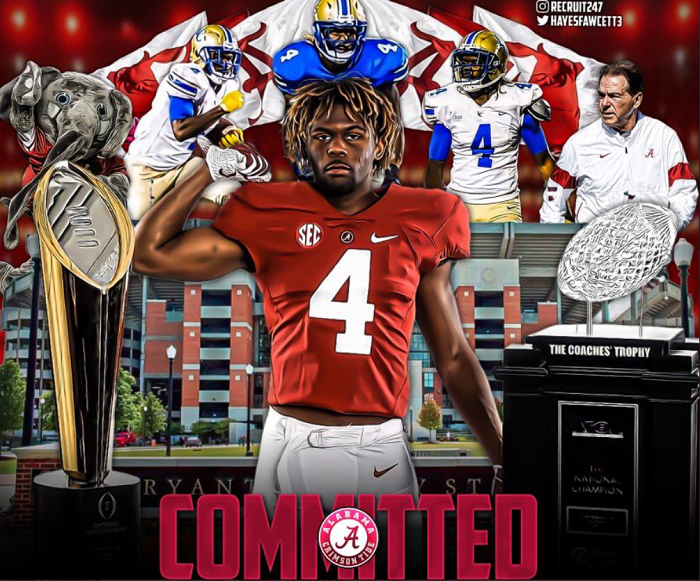 The Oklahoma Sooners don’t often get burned on the recruiting trail, but that’s what happened on Wednesday night, when Nick Saban beat out Lincoln Riley for a five-star running back.

Camar Wheaton announced on Twitter he had picked the Crimson Tide over the Sooners, in what he called, “the toughest decision of his life.”

Wheaton is a 5-foot-11, 195-pound senior at Lakeview Centennial High School in Garland, TX, and according to 247Sports, he is the No. 2 running back in the country, No. 4 player in Texas, and No. 26 player in the nation.

The five-star running back was considered an OU lean for most of the last few weeks, but ultimately went with the Crimson Tide.

This is the second-straight year Oklahoma has lost a five-star running back to Alabama, with five-star back Jase McClellan flipping from Oklahoma to Alabama on National Signing Day.

The Sooners remain relatively thin at running back, especially after the news this week that T.J. Pledger would be entering the transfer portal.

Oklahoma lost Kennedy Brooks before the season after he decided to opt out, and Trey Sermon transferred to Ohio State. The Sooners will return Rhamondre Stevenson in 2021, but losing out on two five-star running backs, both to Alabama, in two-straight seasons, definitely hurts for Lincoln Riley and his staff.

The Sooners still don’t have a running back committed in the 2021 class either.