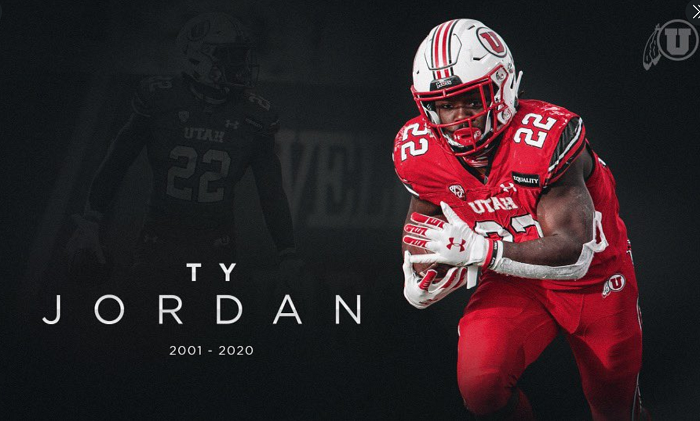 Utah running back and former Texas Longhorns commit Ty Jordan had died, according to a release from the University of Utah.

According to ESPN, the Denton Police Department in Texas that its officers responded to a shooting call at 10:38 p.m. ET on Friday. Officers discovered a gunshot victim who had been shot one time, and per the statement to ESPN, “We do believe that this was an accidental shooting, where the victim accidentally shot himself.” According to the release, the victim was transported to a local hospital, where he was pronounced deceased.

According to Jordan’s 247Sports recruiting profile, the three-star running back from Mesquite, Texas, committed to the Longhorns in September of 2019. He then took a visit to Utah in late November before signing with the Utes the following month.

Ty Jordan went to West Mesquite High and was just named the Pac-12 Offensive Freshman of the Year after running for 597 yards with six touchdowns on 83 carries in five games. He ranked fourth in the Pac-12 in rushing yards and was named to the All-Pac-12 second team.

Head coach Kyle Whittingham said in a statement, “Ty’s personality and smile were infectious and he made a huge impact on our program in the short time he was with us. He leaves an indelible mark on each of us and our thoughts and prayers go out to his family and friends. From the bottom of our hearts, all of us in the Utah Football Family want to say we love you Ty and may you rest in peace.”