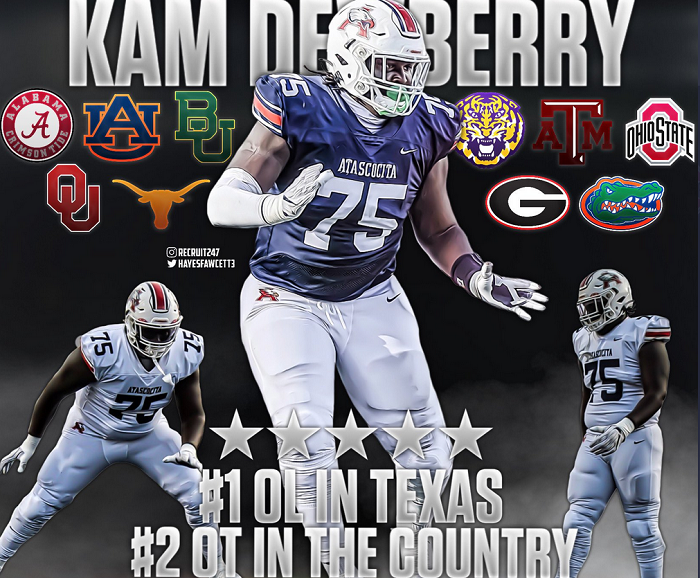 The No. 2 offensive tackle in the Class of 2022 has his top 10 schools picked out and there are three Big 12 teams in the mix for his services.

Kam Dewberry released his final 10 schools on Tuesday and the Oklahoma Sooners, Texas Longhorns and Baylor Bears made the cut, along with Florida, LSU, Georgia, Alabama, Auburn, Texas A&M and Ohio State.

Dewberry is a 6’4”, 313-pounder from Humble, Texas, who is playing his high school ball at Atascocita.

While it’s early for the Class of 2022, the Oklahoma Sooners have the best class in the conference with four commits, while the Texas Longhorns and Baylor Bears each only have one commit for next year.