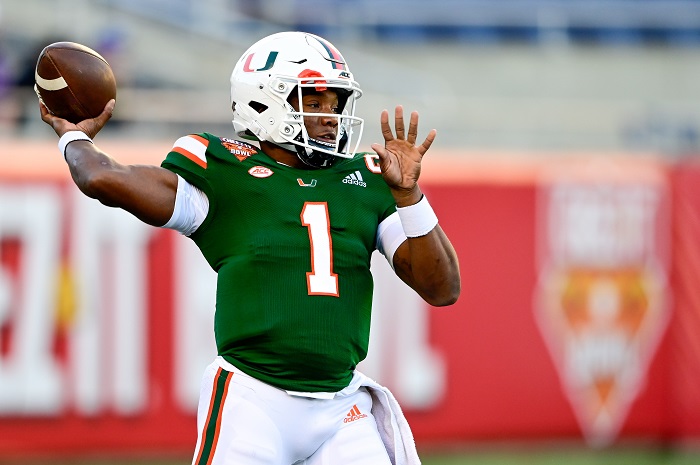 Here’s a video of the injury.

Here was D’Eriq King trying to limp off the field after the play.

At the time, Oklahoma State was leading 21-7 over the Hurricanes in a game that was essentially a pick ’em in Vegas.

This news for Miami came days after D’Eriq King announced his plans to return to Miami for the 2021 season.

D’Eriq King has thrown for 22 touchdowns and rushed for four in 2020 as Miami went 8-2 in the regular season before the Cheez-It Bowl against Oklahoma State. King is 200-of-315 passing for 2,570 yards with five interceptions while also rushing for 520 yards this season.