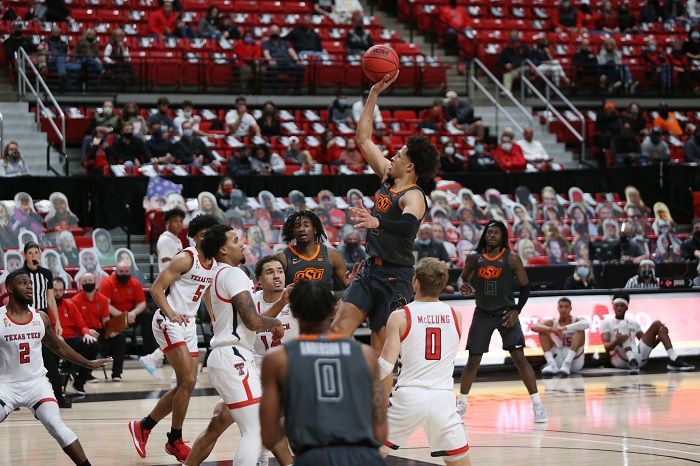 NCAA.com’s Andy Wittry got out his crystal ball and reviewed nine leading contenders for the men’s college basketball National Player of the Year and two Big 12 players — Baylor’s Jared Butler and Oklahoma State’s Cade Cunningham — made the list.

Wittry noted that his review was through games on Jan. 3 and that the list was in no particular order.

Butler, a junior who started the season on the Wooden Award Watch List, another National Player of the Year Award, was averaging 16.0 points, 5.8 assists, 2.9 rebounds per game, while shooting 50 percent from the field and 45.7 percent from the 3-point line. The Bears started the week as the No. 2 team in the country in both the AP Top 25 and the USA Today Top 25.

Wittry wrote that Butler’s best argument for the award might be tied to Baylor’s chances to win a national title, saying that Butler could simply be the ‘best player on the best team.’ He highlighted that Butler’s offensive rating is 124.8, which is in the Top 150. But he also noted that four of his teammates have offensive ratings in the Top 100, something that might be due to the fact that defenses are focusing on Butler.

Cunningham also made the list, with Wittry pointing out that the true freshman is one of the leading candidates for the national freshman of the year award, along with another player in his Top 9 for national player of the year, Gonzaga’s Jalen Suggs. Through Jan. 3 Cunningham averaged 18.7 points, 5.8 rebounds, 3.7 assists, 1.3 steals and 0.9 blocks per game, while shooting 43.8 percent from the floor and 36.4 percent from the 3-point line.

Cunningham is averaging more than 20 points per game in Big 12 play so far.