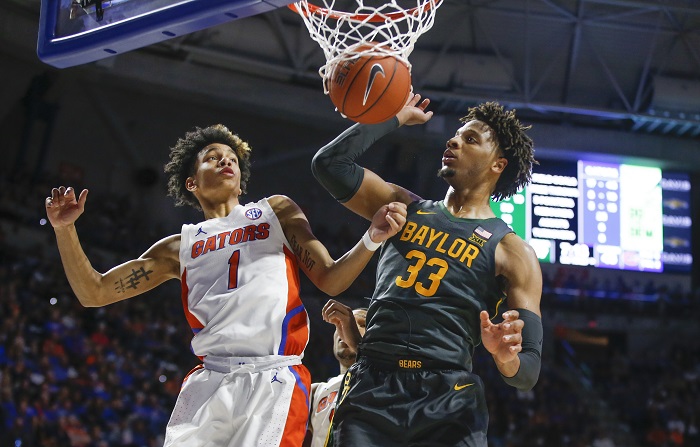 Former Baylor Bears forward Freddie Gillespie was the No. 2 overall selection in the 2021 G League Draft, taken by the Memphis Hustle.

Gillespie was the only former Big 12 player taken in the draft. He was not selected in the 2020 NBA Draft. He signed an undrafted free-agent contract with the Dallas Mavericks but did not make the final roster.

Gillespie ended his Baylor career last spring with a tremendous senior year, as he earned selection as the Big 12’s Most Improved Player as he averaged 9.6 points, 9 rebounds and 2.2 blocked shots per game. He was also named Second Team All-Big 12 and to the Big 12 All-Defensive team.

He was one of the best stories in college basketball last season, as Gillespie began his college career at Division III Carleton (MN) before transferring to Baylor as a walk-on and sitting out a year.

He helped the Bears set a Big 12 record with a 23-game losing streak, as the Bears spent the bulk of January and February as the nation’s No. 1 team in the AP and USA Today Top 25 polls before a late February loss to Kansas. The Bears finished the season 26-4.

On Jan. 8 the NBA announced that the G League would play in its own ‘Orlando Bubble’ starting next month at the ESPN Wide World of Sports Complex at Walt Disney World Resort. At the end of the regular season, the top eight teams will advance to a single-elimination playoff tournament.