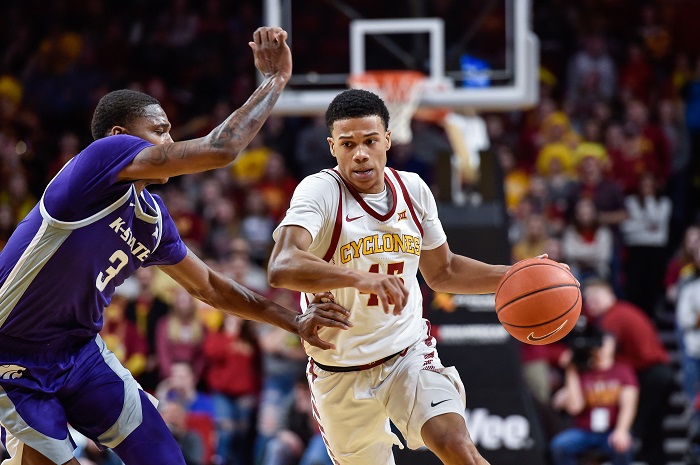 The Iowa State-Kansas State game became the second Big 12 men’s basketball game this week to be postponed due to COVID-19.

Kansas State announced on Monday that it would not be able play Wednesday’s game, as scheduled, due to being unable to meet the conference’s COVID-19 thresholds. So the game will be rescheduled.

The game is now the third Big 12 game to be postponed due to COVID-19 protocols and thresholds. The other two involve Baylor. The Bears’ Big 12 opener with Texas on Dec. 13 was postponed due to COVID issues within the Baylor program. Then, on Monday, West Virginia announced that its game with Baylor, scheduled for Tuesday, would be postponed because the Mountaineers could not meet the conference’s COVID-19 thresholds.

After Saturday’s games, the league had managed to get through the first five games of league play with just one postponement. The Kansas-Oklahoma game was also able to go on without postponement, even though two Sooners — Brady Manek and Jalen Hill — were forced to miss the game due to COVID-19 protocols.

The Big 12 now has three games scheduled for Tuesday and Wednesday. On Tuesday, Oklahoma will host TCU at 6:30 p.m. central, while Kansas travels to Oklahoma State at 7 p.m. As of Monday night, it was unclear of Manek and/or Hill would be back on Tuesday. The TCU-Oklahoma game is the first rematch of the Big 12 slate. OU won their first meeting in Fort Worth in December.